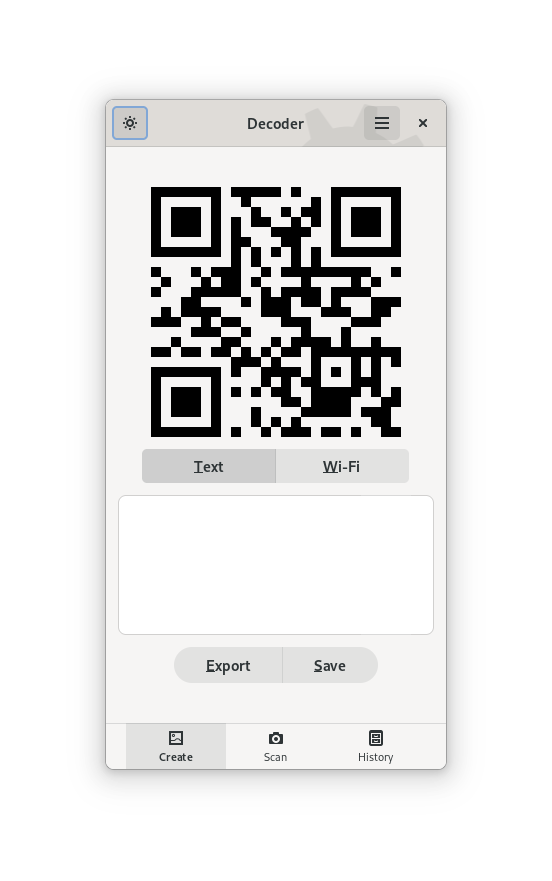 On a brighter note, Bilal introduced support for the camera portal in ASHPD and made a small widget demo, this allows to drop those pesky holes in the sandbox by taking advantage of PipeWire. As far as I am aware this is the first real-world use of the camera portal, and by implementing it in Decoder, and soon in Authenticator, these of the first apps (if not the first) to use it 🎊. By using this we can drop the patch, stop building gstreamer and most of its modules, add back Wayland support, and drop the sandbox hole.

The plan now is to wait a few days for translations and release a 0.2.1 minor release, add support for creating more types of QR codes (I am waiting for libadwaita/!194), and incorporate this camera widget into Authenticator, and Bilal is working on releasing the Demo for ASHPD 👌.