I created a wip/WSL branch of flatpak that has some workarounds needed for flatpak to work, and wrote some simple docs on how to build and test it.

There are some really big problems with this port. For example, WSL doesn’t support seccomp or network namespaces which removes some of the utility of the sandbox. There is also a bad bug that makes read-only bind-mounts not work for flatpak, which is really unsafe as apps can modify themselves (or the runtime). There were also various other bugs that I reported. Additionally, some apps rely on things on the linux host that don’t exist in the WSL environment (such as pulseaudio, or various dbus services).

Still, its amazing that it works as well as it does. I was able to run various games, gnome and kde apps, and even the linux versions of telegram. Massive kudos to the Microsoft developers who worked on this!

I know you crave more screenshots, so here is one: 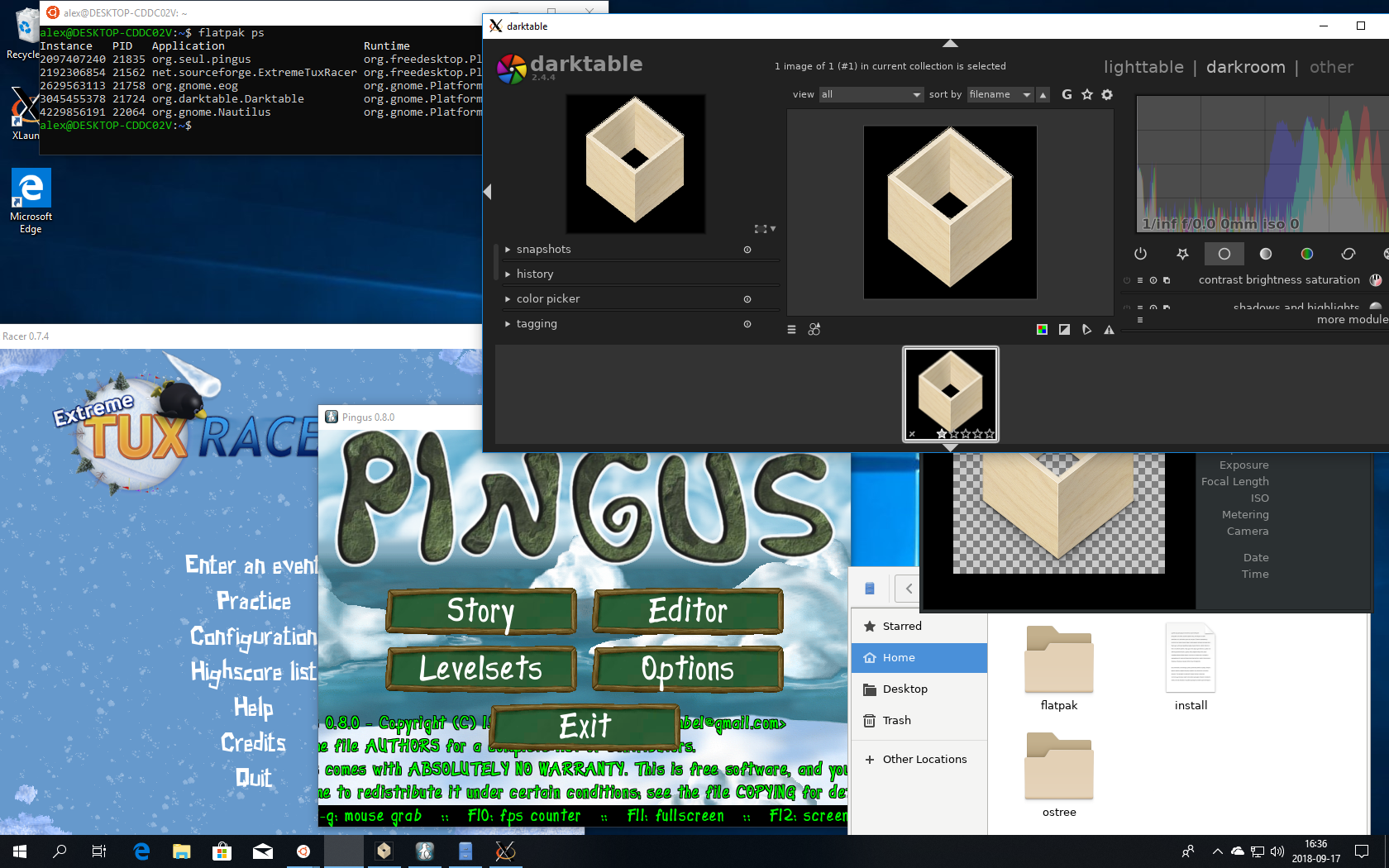 2 thoughts on “Flatpak on windows”