The last month or so we’ve been working in the background on a major update to the Flathub infrastructure. This has been available for testing for a while, but this week we finally enabled it on the live system. There are some pretty cool internal changes, including a new repo manager microservice written in rust. Later blog posts will talk about some of the technical details, but for now I’ll just talk about the user visible changes.

Power to the maintainers!

Flathub uses buildbot to to manage the builds, and we have updated and customized the UI a bit to be nicer for maintainers. For example, we now have a page listing all the apps ever built, with links to per-app pages showing builds of that app.

We also integrated GitHub authentication so that maintainers of individual applications automatically have authority to do operations on their own apps and builds. For example, the home and per-app pages have buttons that let you start builds, which anyone with write permissions to the corresponding GitHub repository can use. Also, similarly they can cancel or retry the builds of their own apps. Previously you had to ask a Flathub administrator to restart or cancel a build, but no more!

There has also been a major change in the workflow for builds. It used to be the case that a successful build was immediately imported into the repository and was then available to users. Now instead, a successful build is available for installation in a test-repository. The build system will display a link to it so that you can easily install and test the build results. When you’re satisfied that the build is ok you can then manually push a button to export it to the public repository.

If you don’t manually publish the build, then it will be automatically published, by default after 24 hours, but this is configurable by the app maintainer. See the wiki for details.

Test builds used to only verify that the app built, but with the new system they get built into test repositories just like regular builds. This means you can actually install and test the builds, for example from a pull request against your application. Such test repos stay around for 5 days, or until you explicitly delete then in the build web UI.

Test builds are also more useful now due to the permission work, as developers can easily create or cancel them from the web ui, or by using the “bot, build” command in a GitHub issue, without needing help from the Flathub admins.

Also, test builds started from a GitHub issue gets nice comments pointing to the test build and the build result. Here is an example of a pull request with automatically built tests showing how this looks.

We now automatically queue test builds for all new PRs, although such builds are less prioritized than regular builds (for resource reasons) and can take a while to start. 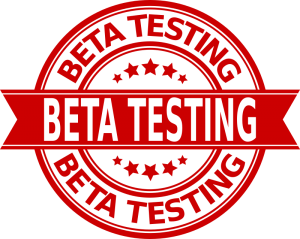 In addition to the existing stable repository Flathub added a repository for beta builds. Exactly if and how this is used is up to each individual application maintainer, but the goal of this is to have a way for developers to get early releases of new stable versions into the hand of regular users.

This isn’t meant to be used for nightly builds, but for releases that has some level of testing and are expected to mostly work and be usable to non-developer end-users.

As a user, the beta channel looks like a separate remote. First you configure it as a remote:

And then you can install any apps from it:

Alternatively, you can use a flatpakref, which are generated for each app:

The above Godot example is the latest beta of Godot 3.1, whereas the stable repo still contains 3.0. You can see how this beta build is set up in GitHub.

If you install both the beta and the stable version of an app then they will be installed in parallel. However, only one will be showed in the menus. You can switch which one is currently showed like this:

But from the command line you can always start any installed version explicitly, like this:

8 thoughts on “Changes in Flathub land”