We’ve shipped nearly 1.2 MILLION firmware updates out to Linux users since we started the LVFS project.

I found out this nugget of information using a new LVFS vendor feature, soon to be deployed: Telemetry. This builds on the previously discussed success/failure reporting and adds a single page for the vendor to get statistics about each bit of hardware. Until more people are running the latest fwupd and volunteering to share their update history it’s less useful, but still interesting until then. 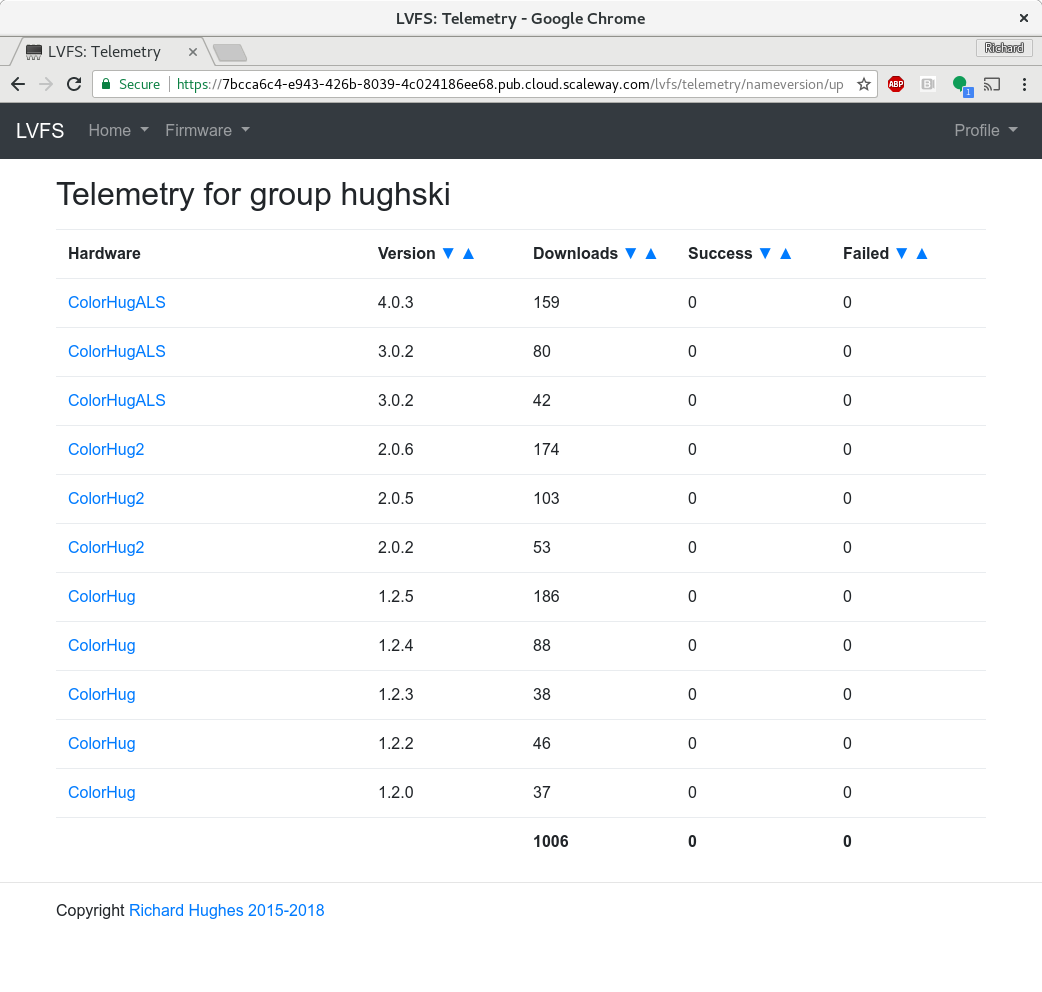