Lenovo ThinkPad and ThinkStation have already been using the LVFS for some time, with many models supported from each group. Now the first firmware for the ThinkCentre line of hardware has appeared. ThinkCentre machines are often found in the enterprise, often tucked neatly behind other hardware or under counter tops, working away for years without problems. With the LVFS support site administrators can now update firmware on machines either locally or using ssh. At the moment only the M625q model is listed as supported on the LVFS, but other models are in the pipeline and will appear when ready. 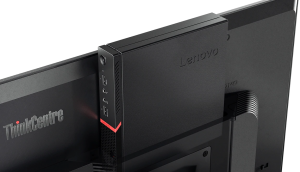 It’s been a good month for the LVFS, 6 new devices were added in the last month, and we celebrated the numerically significant 5 million firmware downloads. The move to the Linux Foundation is going well, and we’ll hopefully be moving the staging instance from a little VM to a proper cloud deployment, providing the scalability and uptime requirements we need for critical infrastructure like this. If all goes to plan the main instance will move after a few months of testing.

One thought on “Lenovo ThinkCentre joins the LVFS”