Due to an invalid TLS certificate on MITRE’s CVE request form, I have — ironically — been unable to request a new CVE for a TLS certificate verification vulnerability for a couple weeks now. (Note: this vulnerability does not affect WebKit and I’m only aware of one vulnerable application, so impact is limited; follow the link if you’re curious.) MITRE, if you’re reading my blog, your website’s contact form promises a two-day response, but it’s been almost three weeks now, still waiting.

Update May 29: I received a response today stating my request has been forwarded to MITRE’s IT department, and less than an hour later the issue is now fixed. I guess that’s score +1 for blog posts. Thanks for fixing this, MITRE. 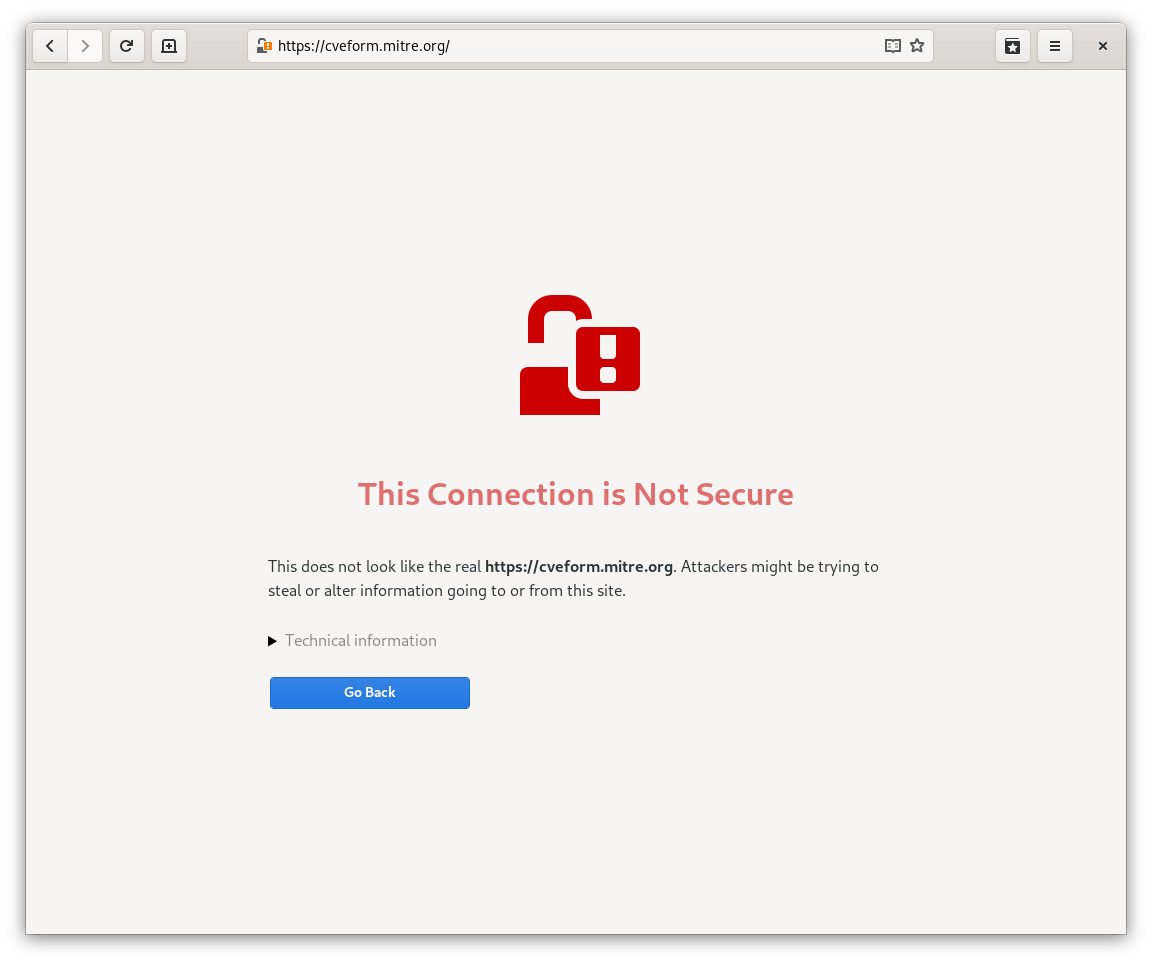 Of course, the issue is exactly the same as it was five years ago, the server is misconfigured to send only the final server certificate with no chain of trust, guaranteeing failure in Epiphany or with command-line tools. But the site does work in Chrome, and sometimes works in Firefox… what’s going on? Again, same old story. Firefox is accepting incomplete certificate chains based on which websites you’ve visited in the past, so you might be able to get to the CVE request form or not depending on which websites you’ve previously visited in Firefox, but a fresh profile won’t work. Chrome has started downloading the missing intermediate certificate automatically from the issuer, which Firefox refuses to implement for fear of allowing the certificate authority to track which websites you’re visiting. Eventually, we’ll hopefully have this feature in GnuTLS, because Firefox-style nondeterministic certificate verification is nuts and we have to do one or the other to be web-compatible, but for now that is not supported and we reject the certificate. (I fear I may have delayed others from implementing the GnuTLS support by promising to implement it myself and then never delivering… sorry.)

We could have a debate on TLS certificate verification and the various benefits or costs of the Firefox vs. Chrome approach, but in the end it’s an obvious misconfiguration and there will be no further CVE requests from me until it’s fixed. (Update May 29: the issue is now fixed. :) No, I’m not bypassing the browser security warning, even though I know exactly what’s wrong. We can’t expect users to take these seriously if we skip them ourselves.