Figure out what song the title came from. 🙂

In my community talk I challenged the audience to talk about what in GNOME excites you, and where would you like to see GNOME go? By the second question, I’m really talking about where would you like to see the GNOME stack? I talked about IoT, TVs, and others. The world has become a more complex place in how we consume information and it isn’t just the desktop. The desktop is now just one of many ways we do things and is no longer the most convenient and ubiquitous.

Since this is the 18th anniversary of our project, it seems like a great time to post our feelings. So if the GNOME community is up to challenge post something about GNOME, what excites you and where do you want it to go. I’ll start, since it is my challenge!

I’ve been in GNOME a long time, nearly 18 years, I started contributing on the mailing list after lurking for 3-4 months, and took over a project to start doing the weekly metrics from Uraeus (Christian Schaller). I did that project for like a year, and then turned into the GNOME Journal which morphed into the marketing team and is now the engagement team. But what kept me there? I didn’t really do anything technical. I suppose my greatest contribution was probably that stream of consciousness on IRC. I was entertaining. In the end, I stayed because I loved hanging with these talented people who had so many ideas and energy, trying to come up with something amazing. Working in a corporate job with all its political handcuffs can be aggravating and I think being able to explore a creative side or be able to around people who are exposing you things you never would have on your own is what was rewarding.

I’ve known so many people here for almost 18 years here. That’s a long time to be part of any organization. GUADEC is always a fun time for me when I can actually show up. Today after 18 years, we are still going strong with a lot of us who are still here after a decade. Even former GNOMErs who get re-exposed to GNOME remember the great times even if they have themselves move on. They might even be startled that GNOME still invokes strong passions both good and bad.

* I want to start seeing the other desktops merge under the GNOME banner, once the port to GTK3 happens,we can start implementing their desktops using GNOME technologies and make the GTK+/GLib/Gobject the common layer across all desktops and eliminate the fork modules. I’m looking at you, Mate. The benefit is that GTK+ becomes once again a common toolkit for all desktops and thus becomes more useful across the board. There is support for this in the community and I would love to see GNOME Foundation help fund hackfests to make this happen.

* I want us to solidify the developer story, GNOME Builder can help a competitive developer desktop for many market segments including embedded Linux, HTML5 programming and what not. We need to aggressively start talking about Builder where developers gather. It’s time to take marketshare away from OSX. We can deliver some high class developer tools and workflow tools. I want us to be able to use Yocto as a way for ODMs to make products using GNOME technologies.

* I want us to be THE platform for IoT development. We have Geoclue, DLNA, Bluetooth, and a host of other enabling libraries that we can build a real product.

GNOME has a lot to offer modern computing. Our influence on the Linux stack is extensive and remarkable for a GNU project. It is a rare device that does not have some kind of library whose origin did not come from the GNOME project.

These are achievable goals. We have the influence, talent, and community to make it happen! We are a tour de force. We are GNOME. 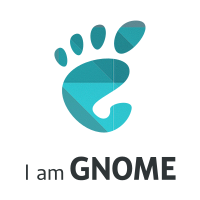 2 thoughts on “Garden to nurture and protect”