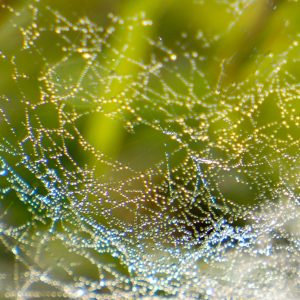 Some years ago I was asked to come up with some support for sandboxed apps wrt indexed data. This drummed up into Tracker 2.0 and domain ontologies, allowing those sandboxed apps to keep their own private data and collection of Tracker services to populate it.

Fast forward to today and… this is still largely unused, Tracker-using flatpak applications still whitelist org.freedesktop.Tracker, and are thus allowed to read and change content there. Despite I’ve been told it’s been mostly lack of time… I cannot blame them, domain ontologies offer the perfect isolation at the cost of the perfect duplication. It may do the job, but is far from optimal.

So I got asked again “we have a credible story for sandboxed tracker?”. One way or another, seems we don’t, back to the drawing board.

Somehow, the web world seems to share some problems with our case, and seems to handle it with some degree of success. Let’s have a look at some excerpts of the Sparql 1.1 recommendation (emphasis mine):

RDF is often used to represent, among other things, personal information, social networks, metadata about digital artifacts, as well as to provide a means of integration over disparate sources of information.

The execution of a SERVICE pattern may fail due to several reasons: the remote service may be down, the service IRI may not be dereferenceable, or the endpoint may return an error to the query. […] Queries may explicitly allow failed SERVICE requests with the use of the SILENT keyword. […] (SERVICE pattern) results are returned to the federated query processor and are combined with results from the rest of the query.

So according to Sparql 1.1, we have multiple “Graph Stores” that manage multiple RDF graphs. They may federate queries to other endpoints with disparate RDF formats and whose availability may vary. This remote data is transparent, and may be used directly or processed for local storage.

Let’s look back at Tracker, we have a single Graph Store, which really is not that good at graphs. Responsibility of keeping that data updated is spread across multiple services, and ownership of that data is equally scattered.

It snapped me, if we transpose those same concepts from the web to the network of local services that your session is, we can use those same mechanisms to cut a number of drawbacks short:

Domain ontologies from Tracker 2.0 also handle some of those differently, but very very roughly. So the first thing to do to get to that RDF nirvana was muscling up that Sparql support in Tracker, and so I did! I already had some “how could it be possible to do…” plans in my head to tackle most of those, but unfortunately they require changes to the internal storage format.

As it seems the time to do one (FTR, storage format has been “unchanged” since 0.15) I couldn’t just do the bare minimum work, it seemed too much of a good opportunity to miss, instead of maybe making future changes for leftover Sparql 1.1 syntax support.

Things ended up escalating into https://gitlab.gnome.org/GNOME/tracker/commits/wip/carlosg/sparql1.1, where It can be said that Tracker supports 100% of the Sparql 1.1 syntax. No buts, maybe bugs.

Some notable additions are:

This is working well, and is almost drop-in (One’s got to mind the graph semantics), making it material for Gnome 3.34 starts to sound realistic.

As Sparql 1.1 is a recommendation finished in 2013, and no other newer versions seem to be in the works, I think it can be said Tracker is reaching maturity. Only HTTP Graph Store Protocol (because why not) remains the big-ish item to reasonably tell we implement all 11 documents. Note that Tracker’s bet for RDF and Sparql started at a time when 1.0 was the current document and 1.1 just an early draft.

And sandboxing support? You might guess already the features it’ll draw from. It’s coming along, actually using Tracker as described above will go a bit deeper than the required query language syntax, more on that when I have the relevant pieces in place. I just thought I’d stop a moment to announce this huge milestone :).

2 thoughts on “What am I doing with Tracker?”