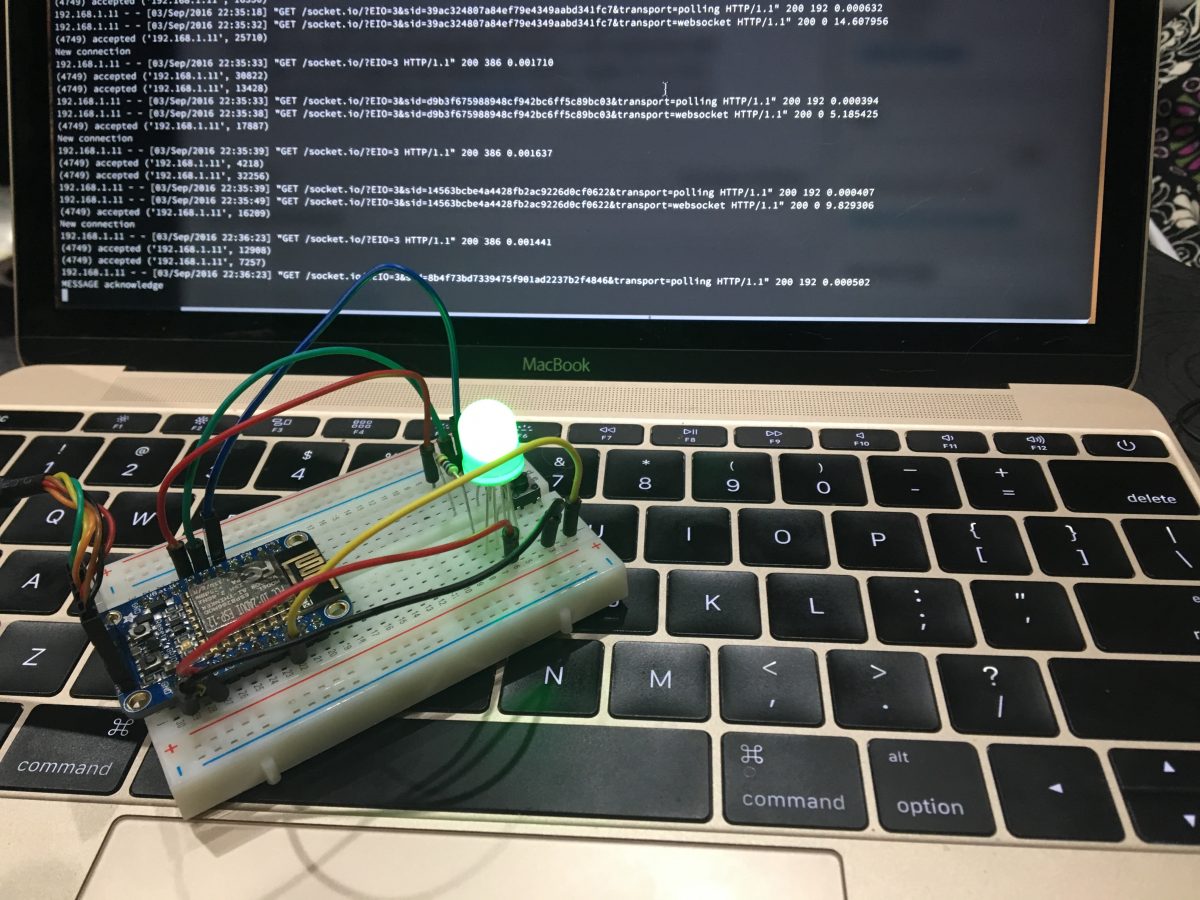 I recently learned about the ESP8266 while at Pycon AU. It’s pretty nifty: it’s tiny, it has wifi, a reasonable amount of RAM (for a microcontroller) oh, and it can run Python. Specifically Micropython. Anyway I purchased a couple from Adafruit (specifically this one) and installed the Micropython UNIX port on my computer (be aware with the cheaper ESP8266 boards, they might not be very reflashable, or so I’ve been told, spend the extra money for one with decent flash).

The first thing you learn is that the ports are all surprisingly different in terms of what functionality they support, and the docs don’t make it clear like they do for CPython. I learned the hard way there is a set of docs per port, which maybe is why you the method you’re looking for isn’t there.

The other thing is that even though you’re getting to write in Python, and it has many Pythonic abstractions, many of those abstractions are based around POSIX and leak heavily on microcontrollers. Still a number of them look implementable without actually reinventing UNIX (probably).

The biggest problem at the moment is there’s no “platform independent” way to do asynchronous IO. On the microcontroller you can set top-half interrupt handlers for IO events (no malloc here, yay!), gate the CPU, and then execute bottom halfs from the main loop. However that’s not going to work on UNIX. Or you can use select, but that’s not available on the ESP8266 (yet). Micropython does support Python 3.5 asyncio coroutines, so hopefully the port of asyncio to the ESP8266 happens soon. I’d be so especially ecstatic if I could do await pin.trigger(Pin.FALLING).

There’s a few other things that could really help make it feel like Python. Why isn’t disabling interrupts a context manager/decorator. It’s great that you can try/finally your interrupt code, but the with keyword is so much more Pythonic. Perhaps this is because the code is being written by microprocessor people… which is why they’re so into protocols like MQTT for talking to their devices.

Don’t get me wrong, MQTT is a great protocol that you can cram onto all sorts of devices, with all sorts of crappy PHYs, but I have wifi, and working SSL. I want to do something more web 2.0. Something like websockets. In fact, I want to take another service’s REST API and websockets, and deliver that information to my device… I could build a HTTP server + MQTT broker, but that sounds like a pain. Maybe I can just build a web server with socket.io and connect to that directly from the device?!

The ESP8266 already has some very basic websocket support for its WebREPL, but that’s not very featureful and seems to only implement half of the spec. If we’re going to have Python on a device, maybe we can have something that looks like the great websockets module. Turns out we can!

socket.io is a little harder, it requires a handshake which is not documented (I reversed it in the end), and decoding a HTTP payload, which is not very clearly documented (had to read the source). It’s not the most efficient protocol out there, but the chip is more than fast enough to deal with it. Also fun times, it turns out there’s no platform independent way to return from waiting for IO. Basically it turned out there were a lot of yaks to shave.

Where it all comes into its own though is the ability to write what is pretty much everyday, beautiful Python however, it’s worth it over Arduino sketches or whatever else takes your fancy. 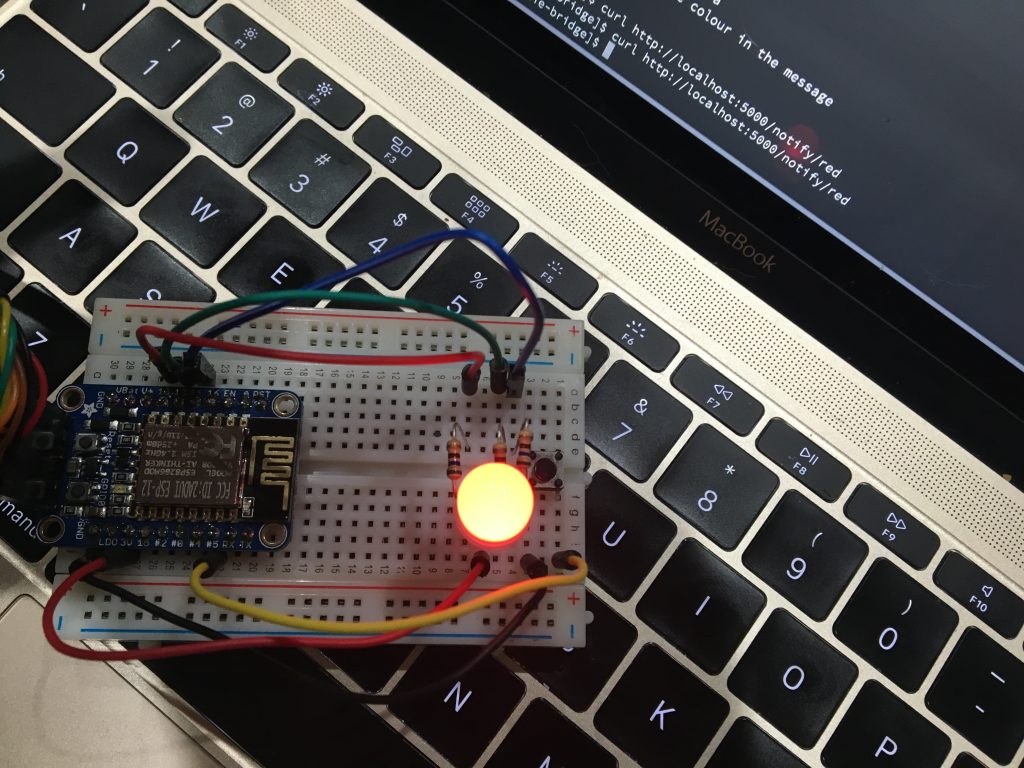 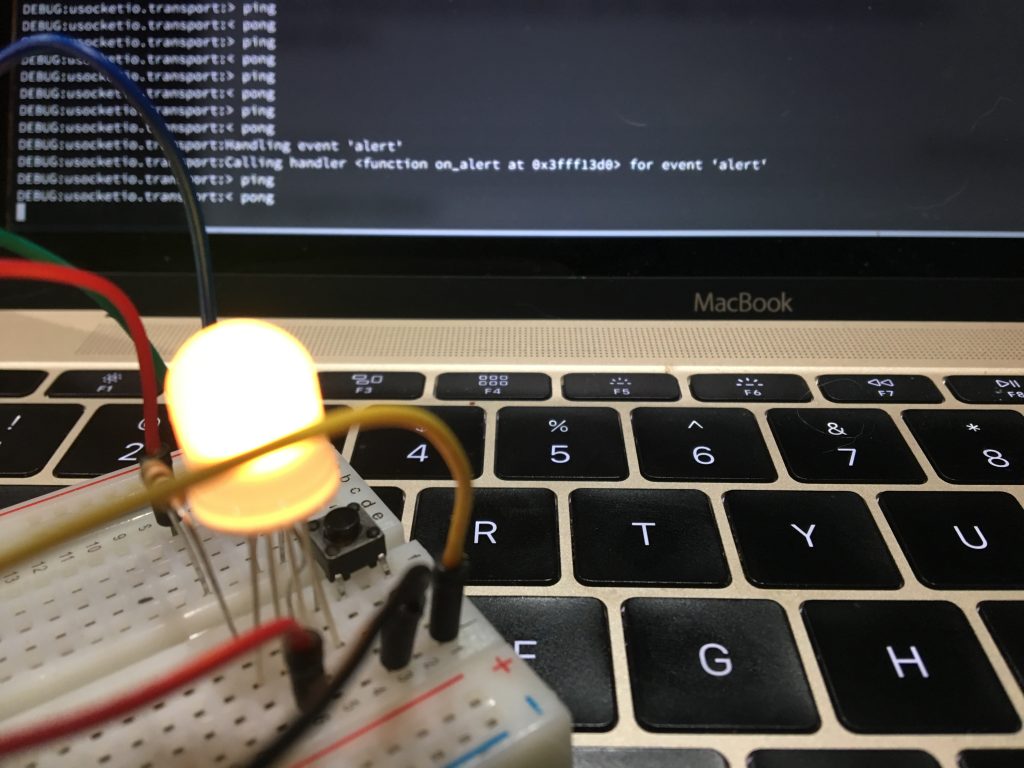