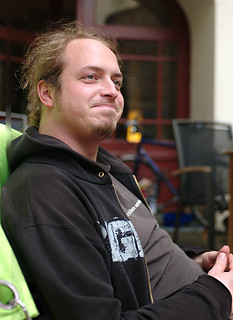 The Travel Committee have traditionally had a policy that local travel was not reimbursed unless explicitly agreed beforehand. The policy was not explicitly mentioned anywhere, so I have updated the wiki to make it more clear: https://wiki.gnome.org/Travel#Travel.2BAC8-Policy.Travel_policy

GUADEC may be over, but there’s still plenty of follow-up work going on, like processing the reimbursements for sponsored attendees.

The Travel Committee has received only around 30% of receipts so far, but that has been enough to almsot give some of us a mental breakdown as it takes around 20-30 minutes to process each set of receipts if there are no problems.

For the sake of our sanity (and If you want your reimbursement to be processed quickly and painlessly) please make sure to send all of your email receipts as PDFs and all scans as JPEGs or PNGs. Forwarded emails, .docx and .doc files are problems which kill bunnies. Please don’t kill bunnies. GUADEC is only a couple of months away, so it’s time to start planning for it. The main conference days will be on the 1st to 4th of August, while the BoFs will run from the 5th to the 8th of August.

For those of you who have not been to GUADEC before, the talks happen during the main days while BoFs are reserved for planning and hacking sessions.

The travel sponsorship application period will close in a few days, so now is the time to send in your applications and volunteer to help out during the conference!