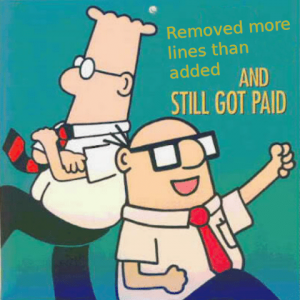 Also gone is the settings plugin for use with iBFT. For those who don’t know: iBFT is the way for the boot firmware to pass the network configuration it has used to the operating system. It really was rather unlike what other settings plugins are — its role was to create a single virtual connection profile that would be there so that NetworkManager won’t tear down the network configuration applied by the early boot firmware. This doesn’t mean that we don’t support network booted installations. Quite the opposite. Since the last release we support configuring the network on early boot with NetworkManager and we preserve configuration done outside NetworkManager without the need of a placeholder connection profile.

The distributions can now ship connection profiles and dispatcher scripts in the /usr/lib/NetworkManager. This makes things convenient for stateless systems, that ship a read-only system image or are reset to a “factory” state by wiping /etc clean. Note that you the users can still modify and delete the vendor-supplied connection profiles via D-Bus API. In such case, NetworkManager will overlay the read-only files with profiles in /etc or /run.

Refer to file-hierarchy(7) manual page to learn more about the directory layout of a typical Linux installation.

Using the older API? Worry not, we’re not removing it. We’re committed to maintain a stable API and not ever break things deliberately.

There have been over seven hundred commits since the last stable release. That’s means this article can not possibly be comprehensive. But here’s are some of the most interesting small bits:

The daemon restart got more robust. In particular, in-memory connections are saved in /run, making it possible for them to survive restarts.

Wi-Fi Mesh networks are supported, if you are lucky enough to have hardware that supports it.

The internal default DHCP client is used by default. It’s smaller and faster than dhclient, which was used previously. NetworkManager supports multiple different DHCP clients and the users and distributors have an option to modify the default.

For those who wish to learn more, there’s always a more exhaustive NEWS file.

We’d like to thank everyone who made NetworkManager 1.20 possible. In particular Andy Kling, who contributed the Wi-Fi Mesh support and Tom Gundersen who improved the internal DHCP client. Thomas Haller reviewed and improved the article.