In February, Matthias Clasen started a series of blog posts about Fedora Atomic Workstation (now Team Silverblue) and Flatpak. I gave it a try to see how the container would work with the documentation tools.

The screenshot below shows the setup I used to submit this merge request. The buildah container is in the shell window on the right where git and Emacs operate in the /srv directory. At the same time on the Silverblue desktop, gitg and Yelp see the same files in the /var/srv directory.

Recently I launched buildah and found it wasn’t connecting to the network. It goes without saying that I needed to look no further than GUADEC for the solution (Matthias indicated that “–net=host” was now required on the command line). Now I create the container like this: 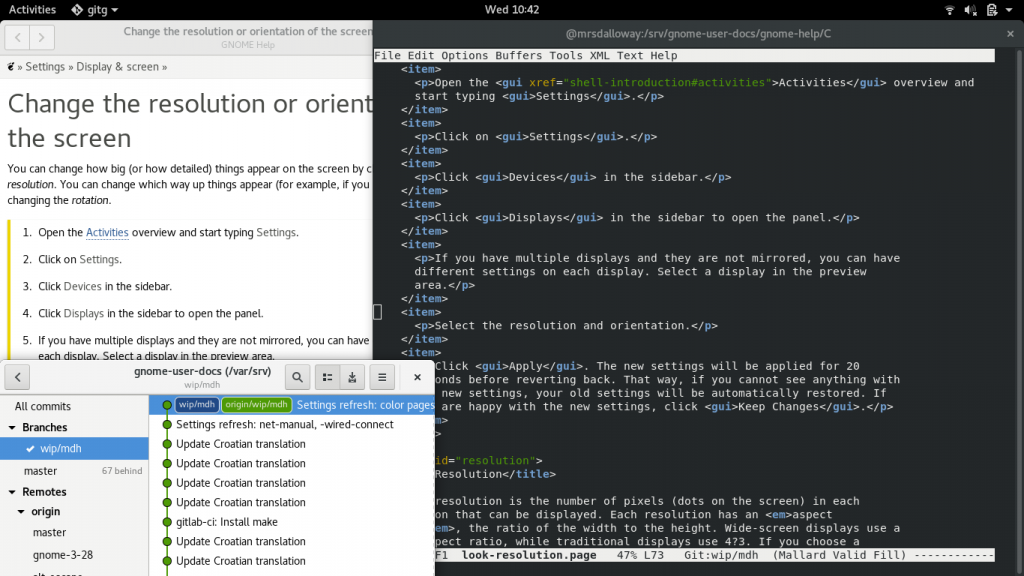 Emacs bindings for Mallard are courtesy of Jaromír Hradílek.