Petr and I had an hour to kill on the final evening of the West Coast Hackfest. He’d heard about a local statue that needed to be seen (and photographed to prove we were there). Some research showed that it was a few blocks from the hotel, just over 200 m — the downtown blocks are 61 m on a side. In fact, we must have passed it every morning on the way to the bus stop.

We arrived at the site to find The Portland Building undergoing substantial renovations, the reason we hadn’t paid it much attention. The sidewalk was covered by scaffolding and the view was barred by construction hoarding. Some informative signs attached to the hoarding showed the Portlandia story: photographs of the statue on a barge on the river, its original unveiling, and an architect’s rendering of the finished renovation. However, a peek inside yielded no clue as to where the statue might have stood before the renovations began. The Wikipedia entry later told us that the statue’s location was visible as a protective wrap partway up the front of the building: we’d passed it every morning without noticing. 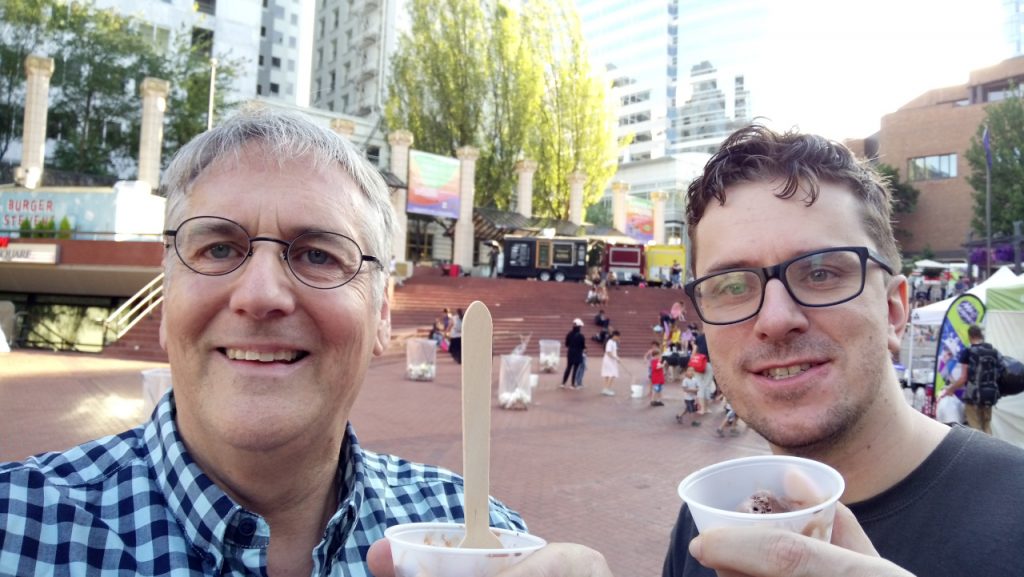 We went looking for another photogenic landmark, and wound up in the Pioneer Courthouse Square as Scooperfest was winding down. Later on our way for supper we passed an interesting column at the Friday evening workspace, Powell’s City of Books. 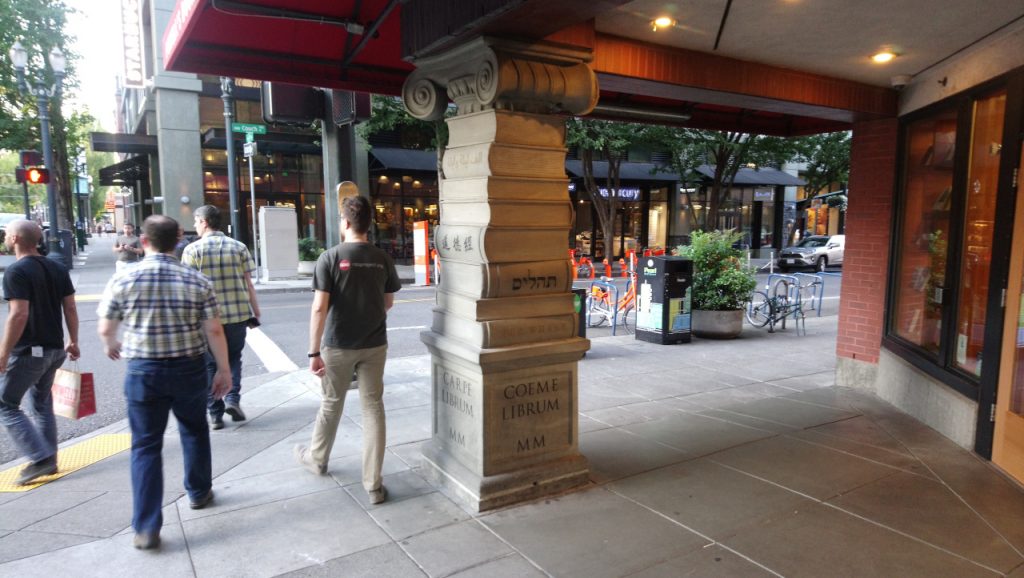