It has been a very long time since my last BuildStream related post, and there has been a huge amount of movement since then, including the initial inception of our website, the 1.2 release, the beginnings of BuildGrid, and several hackfests including one in manchester hosted by Codethink, and another one in London followed by the Build Meetup which were hosted by Bloomberg at their London office.

As a newyears resolution, I should make a commitment to blogging about upcoming hackfests as soon as we decide on dates, sorry I have been failing at this !

While the other BuildStream related hackfests were very eventful (each of them with at least 20 attendees and jam packed with interesting technical and planning sessions), the Build Meetup in London is worth a special mention as it marks the beginnings of a collaborative community of projects in the build space.

Developers of Bazel, BuildStream & BuildGrid and Buildbarn (and more!) united in London to discuss our wide variety of requirements for the common remote execution API specification, had various discussions on how we can improve performance and interoperability of our tooling in distributed build scenarios and most importantly; had an opportunity to meet in person and drink beer together !

As some may have noticed, we did not release any BuildStream 1.4 in the expected timeframes, and the big news is that we won’t be.

After much deliberation and hair pulling, we have decided to focus on a new BuildStream 2.0 API.

The reasons for this are multifold, but mainly:

To continue with the 1.x API while making the changes we want to make would be dishonest and just introduce unexpected breakages.

What are we planning ?

Some highlights of what we are working on for future BuildStream 2.x include:

A huge amount of the ongoing work is towards supporting distributed build scenarios and interoperability with other tooling on server clusters which implement the remote execution API.

While performance of BuildStream 1.x is fairly acceptable when working with smaller projects with 500-1000 elements, it falls flat on its face when processing larger projects with ~50K elements or more.

New commands for interacting with artifacts

For practical purposes, we have been getting along well enough without the ability to list the artifacts in your cache or examine details about specific artifacts, but the overall experience will be greatly enriched with the ability to specify and manipulate artifacts (rather than elements) directly on the command line.

This is a part of BuildStream which was never stable (yet), meaning that any minor point upgrade (e.g. from 1.0 -> 1.2) would result in a necessary rebuild of all of a given project’s artifacts.

While this is not exactly on the roadmap yet, there is a growing interest in all contributing parties to make these keys stable, so I have an expectation that this will stabilize before any 2.0 release.

BuildStream 2.x will be incompatible with 1.x, as such we will need to guarantee safety to users of either 1.x or 2.x, probably in the form of ensuring parallel installability of BuildStream itself and ensuring that the correct plugins are always loaded for the correct version, and that 1.x and 2.x clients do not cross contaminate eachother in any way.

While there are no clear commitments about just how much the 2.x API will resemble the 1.x API, we are committed to providing a clear migration guide for projects which need to migrate, and we have a good idea what is going to change.

We have also made some commitment to testing BuildStream 2.x on a continuous basis and ensuring that we can build the freedesktop-sdk project with the new BuildStream at all times.

We have not committed to any date for the 2.0 release as of yet, and we explicitly do not have any intention to commit to a date until such a time that we are comfortable with the new API and that our distributed build story has sufficiently stabilized. I can say with confidence that this will certainly not be in 2019.

In the mean time, as far as I know there are no features which are desperately needed by users at this time, and as long as bugs are identified and fixed in the 1.2.x line, we will continue to issue bugfix releases.

We expect that this will provide the safety required for users while also granting us the freedom we need to develop towards the new 2.0.

Often, a conference is an opportunity to visit exotic and distant locations like Europe, and maybe we forget to check out the exciting conferences closer to home.

In this spirit, I will be giving another BuildStream talk at FOSSASIA this year. This conference has been running strong since 2009, takes place in Singapore and lasts four days including talks, workshops, an exhibition and a hackathon.

I’m pretty excited to finally see this for myself and would like to encourage people to join me there ! 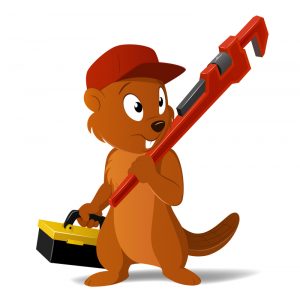 3 thoughts on “BuildStream news and 2.0 planning”