Last July I have been to Berlin for the second Mini GUADEC Berlin.

It was great seeing many other GNOME contributors in person after such long time. The conference took place in an awesome location at the c-base.

During the event I worked on an offline indicator for Fractal and improving the error handling.

I also spent some time on the Flatpak CI, adding information on how to get aarch64 builds. I previously added automatic builds of the CI images for aarch64 of the CI images. 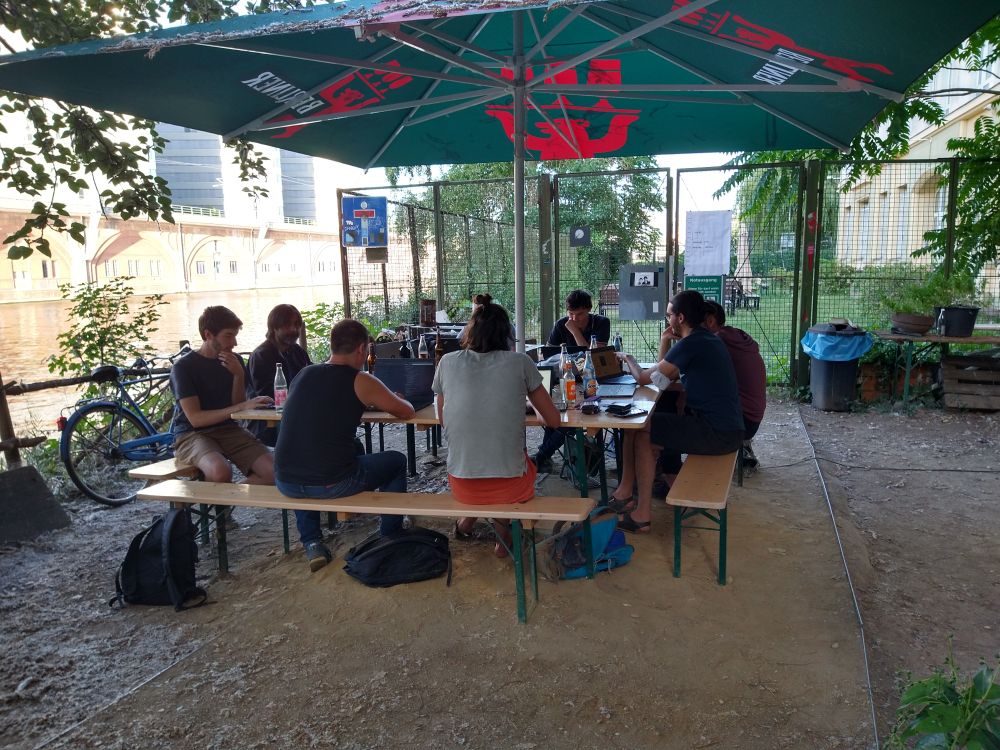 Niels De Graef and I had a discussion on how Contacts should use the tel:// URI to open calls apps. The spec for the URI requires it to be a globally unique identifier. In the case of Contacts we don’t always have a country code, thus the phone-number can’t be globally unique. In my opinion we should use the phone number as entered by the user and let the calls app decide if it can dial a phone call. For example, Android behaves like this.

Lastly, I looked at building tarballs automatically in CI after tagging a new release. The tarballs are especially useful for Flathub, because it builds apps in an environment without internet connection.

I would like to thank the GNOME Foundation for sponsoring my travel to Berlin and Sonny and Tobias for organizing the event.