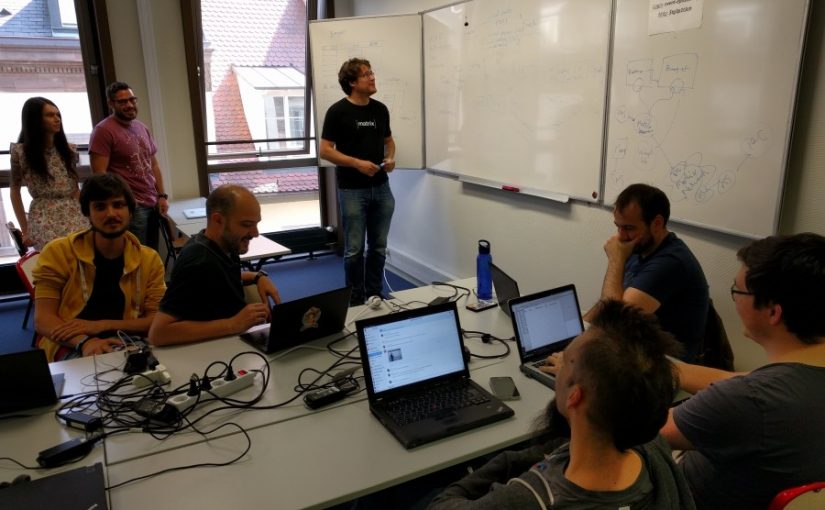 Last week we had an intense 4-day hackfest in Strasbourg to map out the future of Fractal, a native GNOME Matrix messaging app. The event was held at Epitech in Strasbourg’s old town, and organized by Alexandre Franke. Among the attendees were core Fractal contributors Daniel, Alexandre, Eisha, and Julian, as well as Dorota, Adrien, and Francois from Purism. Special thanks go to Matthew from the Matrix core team for joining us on the first two days. 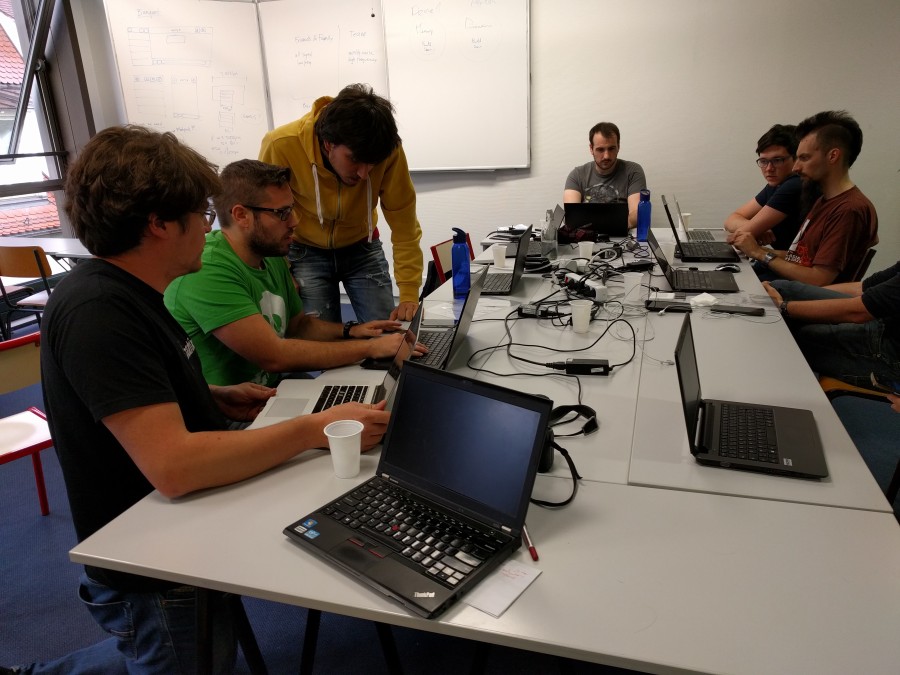 Our main priorities for the hackfest were to plan the roadmap for the next months, decide on the tasks for our GSoC students (Eisha and Julian), and work on the design of some important missing features, like the room settings.

The hackfest was extremely productive, so much so that I’ll need multiple blog posts to report on all the things we worked on. Here’s a quick outline of some of the most important things that happened:

Thanks everyone for attending, Epitech and Alexandre for the venue, and Purism for sponsoring the hackfest! It was amazingly productive to have everyone in one place, and I look forward to seeing you all at GUADEC in July :)

2 thoughts on “Fractal Hackfest in Strasbourg”