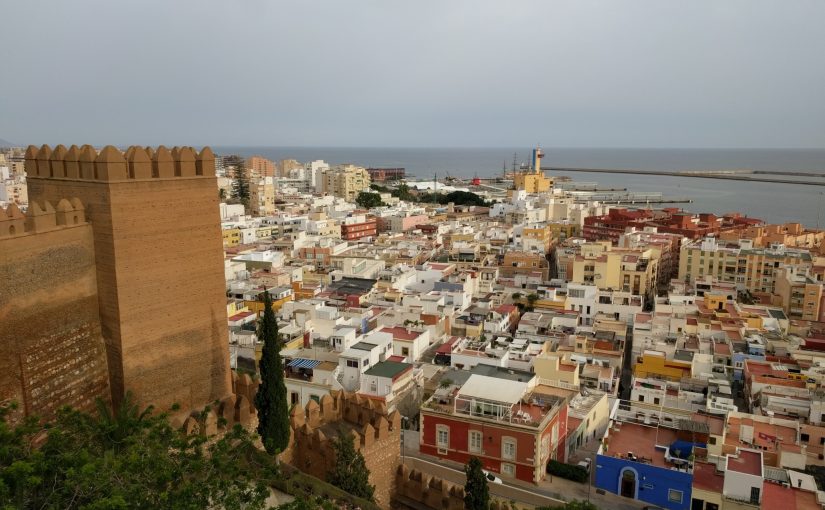 A few weeks ago I attended GUADEC in Almeria, Spain. The travel was a bit of an adventure, because Julian and I went there and back from Italy by train. It was great though, because we had lots of time to hack on Fractal on the train.

The conference days were great, though I didn’t manage to see many talks because I kept getting tied up in interesting discussions (first world problem, I know :D). I did give a talk of my own though, about my work at Purism on UI patterns for making GNOME apps work on mobile. There is a video recording of the talk, and here are my slides.

The main thing I tried to get across is that Purism isn’t trying to create a separate ecosystem or platform, but to make the GNOME platform better upstream. We ship vanilla GNOME on our laptops, and we want to do the same on phones. It’s of course early days, and it will take a while for everything to get into place, but it feels great to work for a company that has upstream-first as a core principle.

The biggest area where our efforts will make an impact upstream in the short term are the Libhandy widgets Adrien and Guido have been working on. These widgets allow regular GNOME/GTK apps to scale to smaller sizes using adaptive UI patterns. The patterns are extending GNOME’s existing HIG in a few small details only, and can be used to make many existing GNOME apps adaptive without requiring major UI changes. We’re still experimenting with them, but once the patterns are solid and the widgets stable, we will work to upstream them into GTK.

Using Libhandy widgets will not only enable apps to run on phones, but also yield benefits on the desktop. For example, HdyColumn solves a very old problem many GTK apps have: Lists that need to grow with the window’s width, but also need a maximum width to ensure legibility. By enabling this, HdyColumn allows apps to work better on both very small and very large screens.

The BoF days were packed with interesting sessions, but sadly many of them happened simultaneously, so I was only able to attend a few of them. However, the ones I did attend were all incredibly productive and interesting, and I’m excited about the things we worked on and planned for the future.

On Monday I attended the all-day Librem 5 BoF, together with my colleagues from Purism, and some community members, such as Jordan and Julian from Fractal.

We talked about apps, particularly the messaging situation and Fractal. We discussed what will be needed in order to split the app, make the UI adaptive, and get end-to-end encryption. Daniel’s work on the database and Julian’s message history refactor are currently laying the groundwork for these.

On the shell side we talked through the design of various parts of the shell, such as keyboard, notifications, multitasking, and gestures. Though many of those things won’t be implemented in the near future, we have a plan for where we’re going with these, and getting designers and developers in one room was very productive for working out some of the details.

We also discussed a number of exciting new widgets to make it easier to get GNOME apps to work at smaller sizes, such as a new adaptive preferences window, and a way to allow modal windows to take up the entire screen at small sizes.

On Tuesday we had a Multi-Monitor BoF, where we discussed multi-monitor behaviors with people from System76 and Ubuntu, among others. The most interesting parts to me were the discussions about adding some usecase-driven modes, such as a presentation mode, and a potential new keyboard-driven app switching interface (think Alt-Tab, but good). All of this will require a lot of work, but it’s great to see downstreams like System76 interested in driving initiatives like this.

In the afternoon we had the Theming & Ecosystem BoF, where we got designers, upstream GNOME developers, and people from various downstreams together to talk about the state of theming, and its impact on our ecosystem.

The basic problem we were discussing is that app developers want stable APIs and control over what their app looks like on user’s systems, while some distributions want to apply their own branding to everything. The current situation is pretty bad, because users end up with broken apps, developers constantly need to fix bugs for setups they didn’t want to support in the first place, and distributions need to invest lots of resources into building forever-slightly-broken custom themes. We discussed a number of possible approaches to tackle this problem, in order to make our platform easier to target. I’ll blog about this in more detail, but I’m excited about the possibility of finally solving this long-standing problem.

We also talked about some of our future plans with regard to icons. This includes a new “library” of symbolics, and a push for app developers to ship symbolic icons with their apps, rather than linking to random strings which have to be maintained forever. We also introduced the new app icon style initiative, which will make it drastically easier to make icons because they are simpler, more geometric, and there are fewer sizes to draw. All of this will still develop over the next cycle, since it’s not going to ship until 3.32.

Wednesday: What is a GNOME app?

On Wednesday we had a small but very productive BoF to work on a proposal for a policy for including new apps as part of GNOME, and more generally getting a clearer definition of what it means for a project to be part of GNOME. There is currently no clear process for the inclusion of new projects as part of GNOME, so it doesn’t happen very often, and usually in a very disorganized fashion. This is a problem, because it leaves people who are excited about making new GNOME apps without a clear path to do so.

For example, both Fractal and Podcasts were built from the ground up to be GNOME apps, but still haven’t made it to the GNOME/ group on Gitlab officially, because there’s no clear policy. The new Calls app Bob is building for the Librem 5 is in the same limbo, just waiting around for someone to say if/how it can become a part of GNOME officially.

At the BoF we drafted a proposal for an explicit inclusion policy. The idea is for apps that a follow a set of criteria (e.g. follows the HIG, uses our tech stack) to be able to apply for inclusion, and have some kind of committee that could review these requests.

This is only a very rough proposal for now, but I’m excited about the potential it has to bring in more developers from the wider ecosystem. And of course, as the designer of a half dozen semi-official GNOME apps I’m very selfishly interested in getting this in place ;)

In addition to all of the above, it was great to meet and hang out with so many of the awesome people in our community at social events, beach BoFs, and ad-hoc hacking sessions on the corridor. It’s hard to believe that one year ago I came to GUADEC as a newcomer. This year it felt like coming home.

Thanks everyone, and see you next year o/