Over the Christmas holidays, I was mostly occupied with the literal care and feeding of small humans, but I found a bit of time for the metaphorical care and feeding of Initial Setup for GNOME 42 as well. Besides a bit of review and build and CI housekeeping, I wrote some patches to update it for API changes in libgnome-desktop (merged) and libgweather (pending). The net result is an app which looks and works exactly the same, complete with a copy of the widget formerly known as GWeatherLocationEntry (RIP) with its serial numbers filed off.

Of course, my ultimate goal was to port Initial Setup to GTK 4. I made some other tiny steps in that direction, such as removing a redundant use of GtkFrame that becomes actively harmful with the removal of the shadow-type property in GTK 4, and now have a proof-of-concept port of just the final page which both compiles and runs! 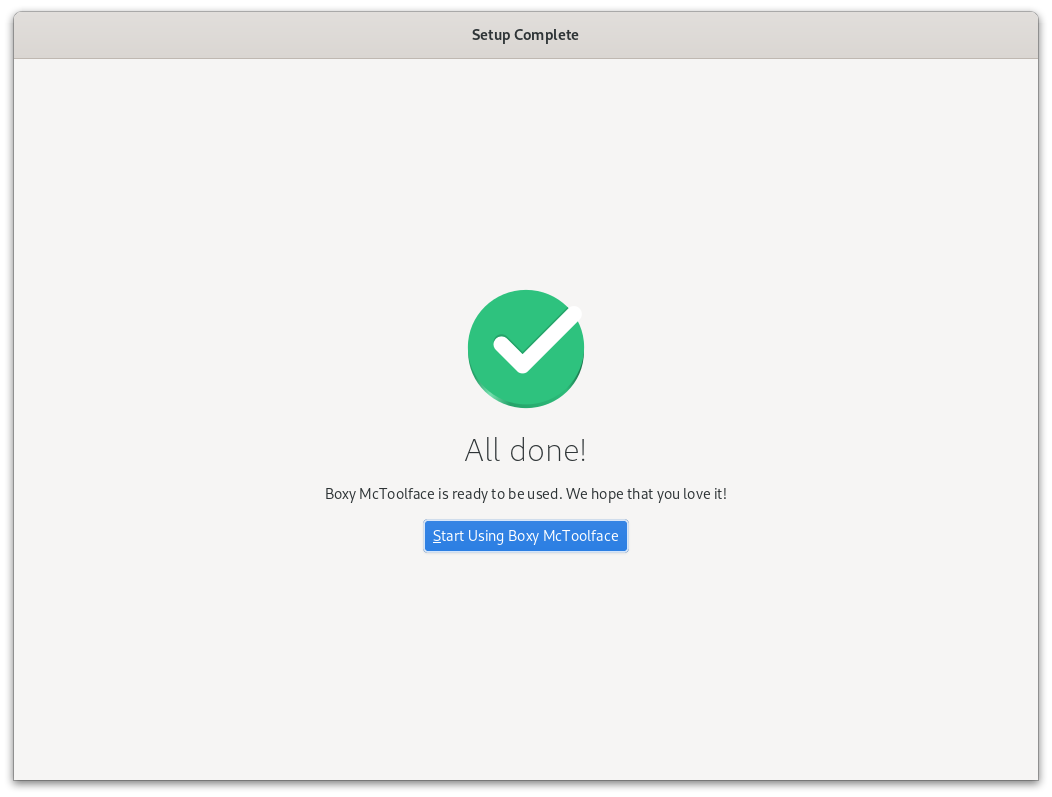 But, I will not have time to complete this port in time for the GNOME 42 UI freeze on 12th February. If you are reading this and feel inspired to pick this up, even just a page or two, more hands would be much appreciated.