Simple Scan is a great app and there’s a lot of love for it. It’s one of those reliable, indispensable tools that it would be hard to live without. Just because it’s great doesn’t mean that it can’t be improved, of course, and it was recently suggested that I take a look at its design.

Most of the improvements can be described as refinements. Right now there are a bunch of operations which can be a bit tricky to find, or which aren’t as obvious as they could be. There are also a few actions that are well and truly buried!

Let’s look at the mockups. First, the initial “ready to scan” state: 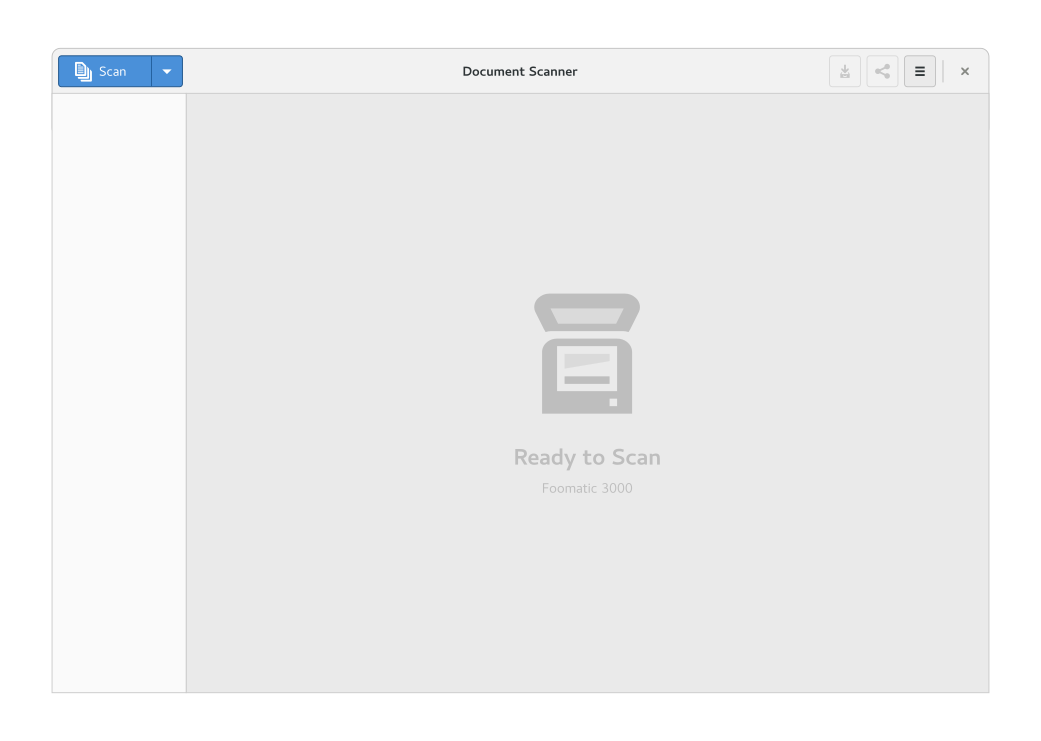 How it could look when scanning: 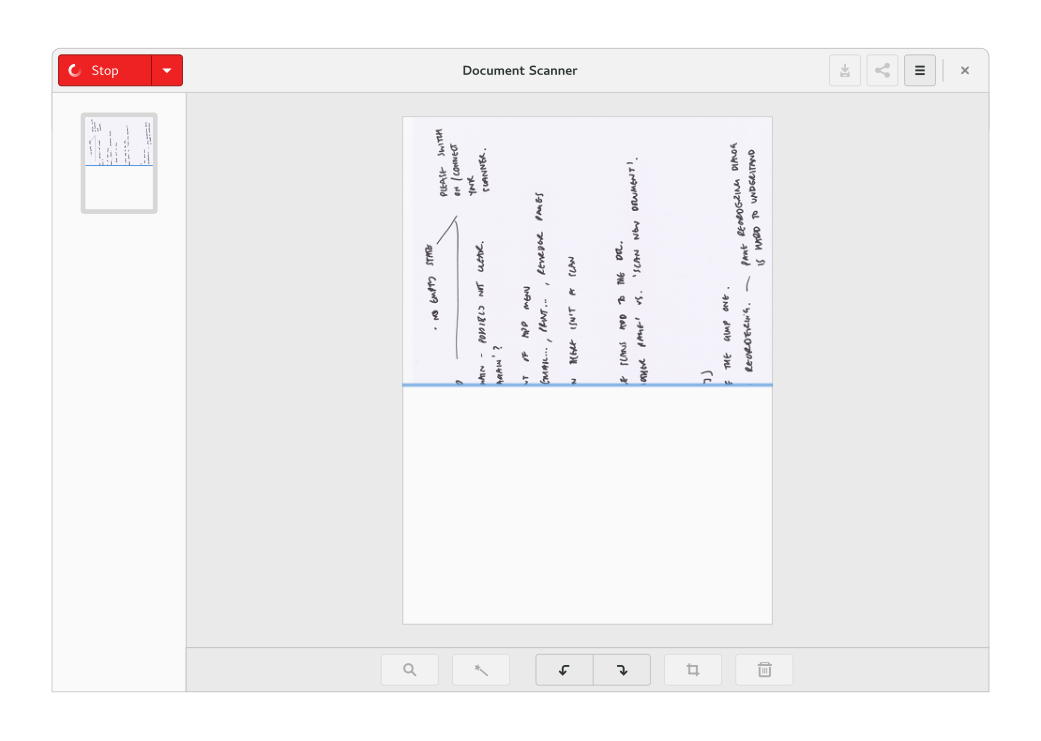 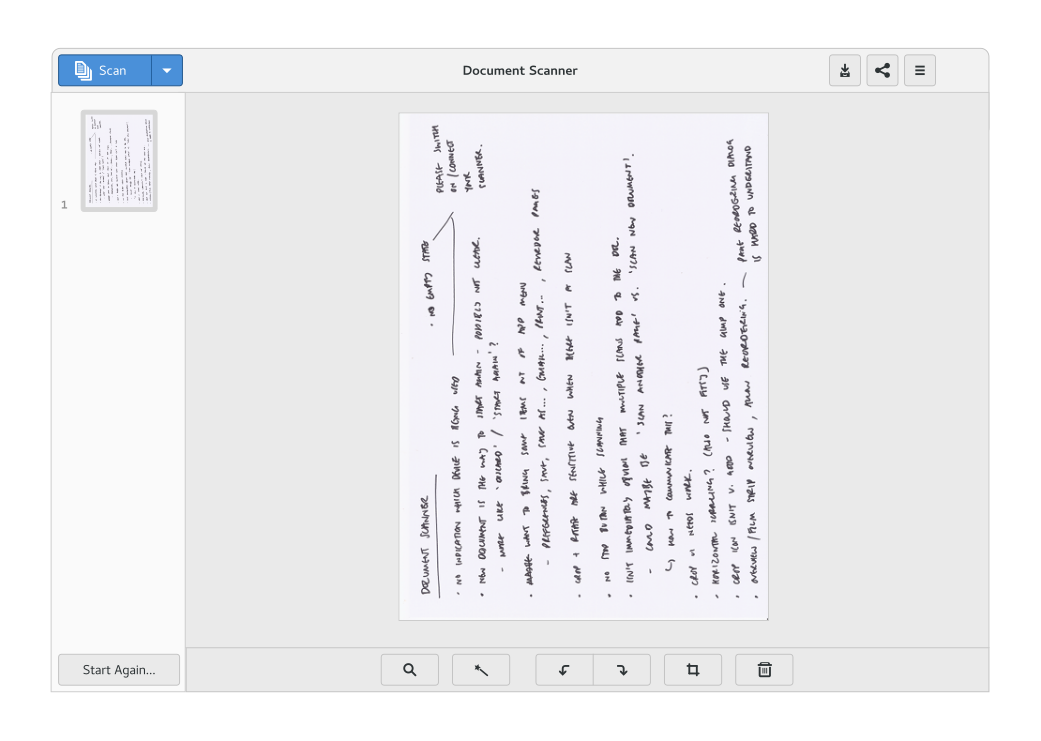 The primary changes are the introduction of a sidebar for selecting a page and the use of an action bar at the bottom for performing page actions. This makes it much clearer which page is selected, which is important when you want to perform edits. It also helps to communicate the purpose of the edit buttons – right now crop and rotate are a little ambiguous, largely due to their placement.

There are some other smaller improvements. The scan button now communicates the image/text and single page/document feeder modes, which means that you don’t have to dig into the UI to find out what will happen when you click the button. Some options, like reorder pages, have been rescued from the relative obscurity of the app menu. The current “new document” action has been rebranded as “start again”, in order to communicate that it’s how you clear the current scan as well as start a new one. 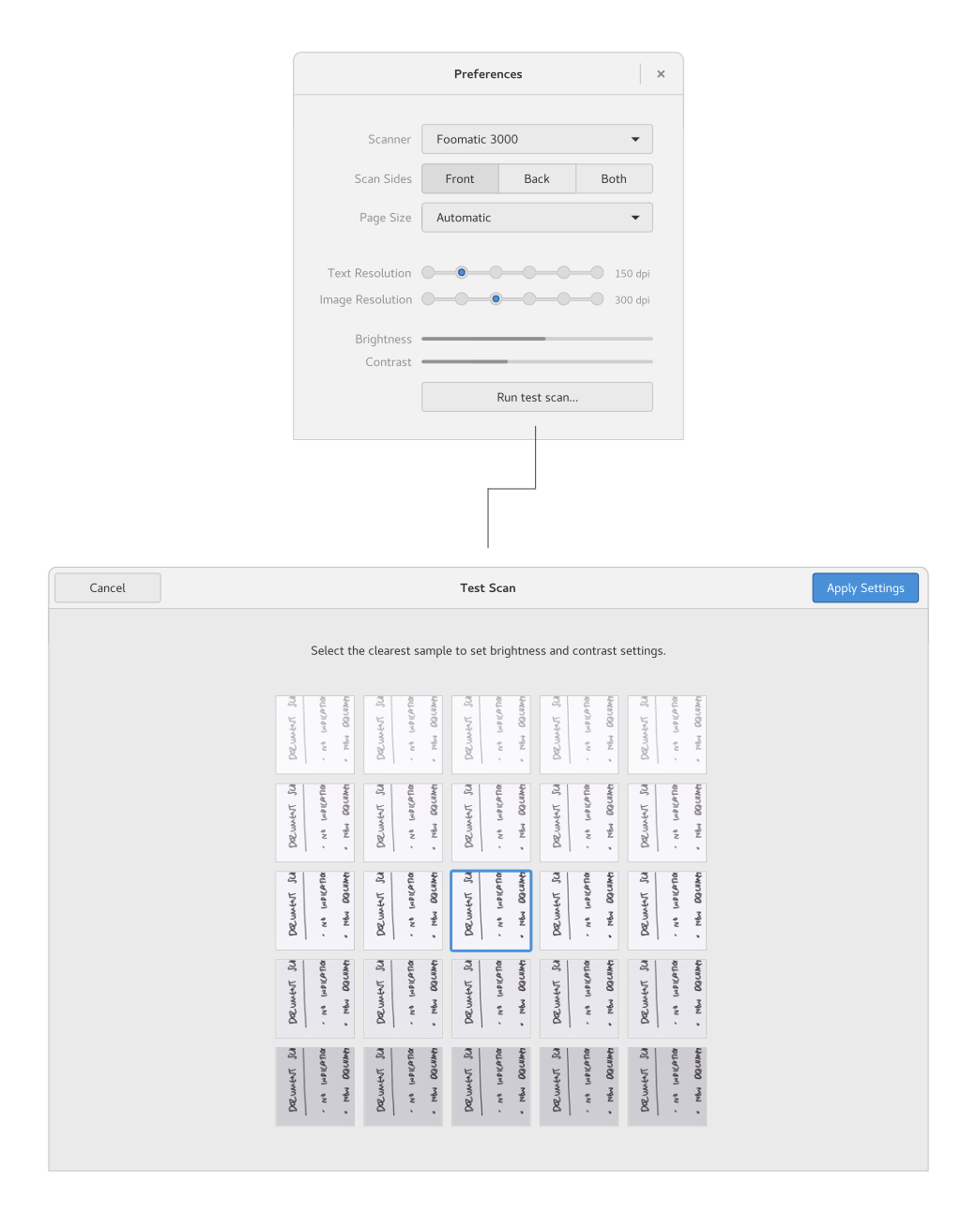 This uses an experimental approach to the brightness and contrast settings here. To be able to use these, someone really needs feedback on what the different settings look like in practice. To enable this, I’ve sketched out a test scan mode which produces samples using a range of settings. This allows the user to specify the settings by selecting the best sample.

Observant readers will notice a crop of new controls for features that don’t currently exist. This includes OCR text reading and editing, a zoom control, and a magic enhancement feature. These are mostly placeholders for features that Robert Ancell, the Simple Scan maintainer, would like to add at some point in the future.

As far as I’m aware, no one is lined up to implement these changes, so if anyone fancies taking a shot at them, that would be great. The initial changes are described in a couple of bug reports. For more details, you can also see the full mockups in all their warty glory.