Almost a year ago, I decided to quit my job and start my own business. Video coding technology in general, and VP9 specifically, seemed interesting enough that I should be able to build a business on top of it, right? The company is called Two Orioles.

As a first product, I’ve created a VP9 bitstream analyzer. What’s a bitstream analyzer? It’s a tool to analyze the VP9 bitstream, of course! As such, it will visualize coding tools used for each VP9 frame, such as block/transform decompositions, intra/inter prediction modes used, segmentation maps; it also displays the frame buffer at each decoding stage (prediction, pre-loopfilter, final reconstruction), differences between each of these stages, and error between each stage and the source. It can also export block-, frame- and stream-level statistics  to external tools (e.g. Google Sheets or Microsoft Excel) for further analysis. 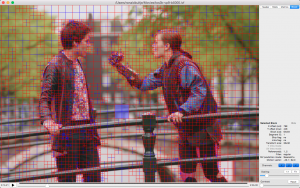 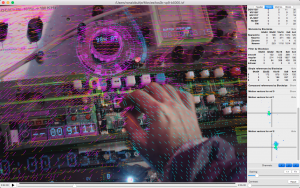 I’m considering adding support for more codecs to it, let me know if you’re interested in that.