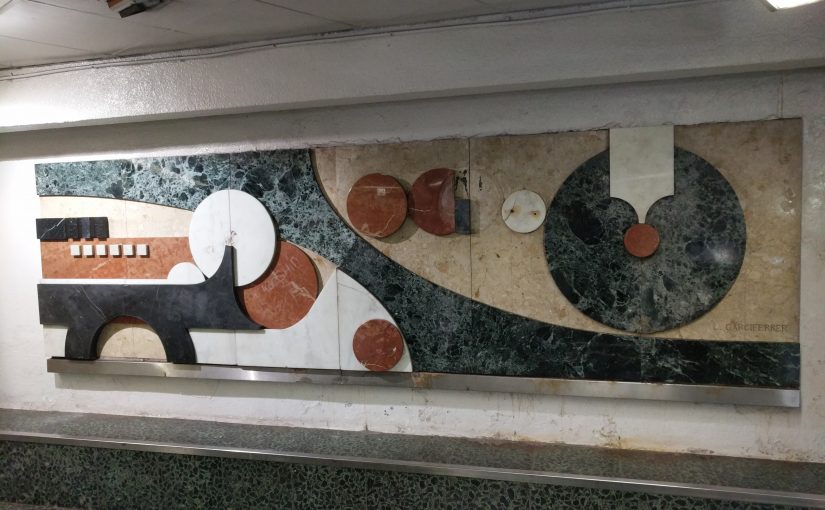 A few weeks ago I attended the Linux App Summit in Barcelona. I arrived very late on Monday night by bus, after almost not making it to Spain that day (my train from Paris stopped in Montpellier due to the rails being destroyed by a storm and the highway was blocked by a protest). Adrien, Julian and I had a shared accommodation, which conveniently was just down the street from the venue.

On Tuesday and Wednesday I attended some talks, but was mostly focused on preparing the talk Jordan and I had on Wednesday afternoon. Talks with multiple presenters are always tough, especially if there’s not much time for practicing, but I think it went okay given the circumstances. There’s a recording on Youtube in the day 2 live stream video.

Over the course of the conference I had lots of good conversations about the state of free software with people from GNOME and other projects. In some areas it’s exciting how far we’ve come (e.g. Flatpak), but in others it’s frustrating how little has changed over the past decades (e.g. fragmentation).

Adrien gave a talk about how GNOME Mobile slowly materialized over the past two years, especially on the application and toolkit side. I was also happy to see not one but two talks (by Florian and Daniel) about how very very dead the Systray is, without anyone really disagreeing. It’s nice to see most people maybe finally on the same page on this. Now we just need Ubuntu to stop shipping a certain extension… ;)

Later in the week I also managed to do a bit of hacking. Now that the GNOME OS images can get updates the main missing piece is an installer, so we discussed that with Javier and Valentin from Codethink. I was also very happy to meet Manuel (the maintainer of UberWriter) in person, and talk about some cool future stuff for that app.

Overall the conference was great! Because there were so many GNOME friends it almost felt like a second GUADEC, but I also met many cool new people. Thanks to the organizers for putting together a great event, to Purism for paying for our accommodation, and the GNOME Foundation for covering my travel.