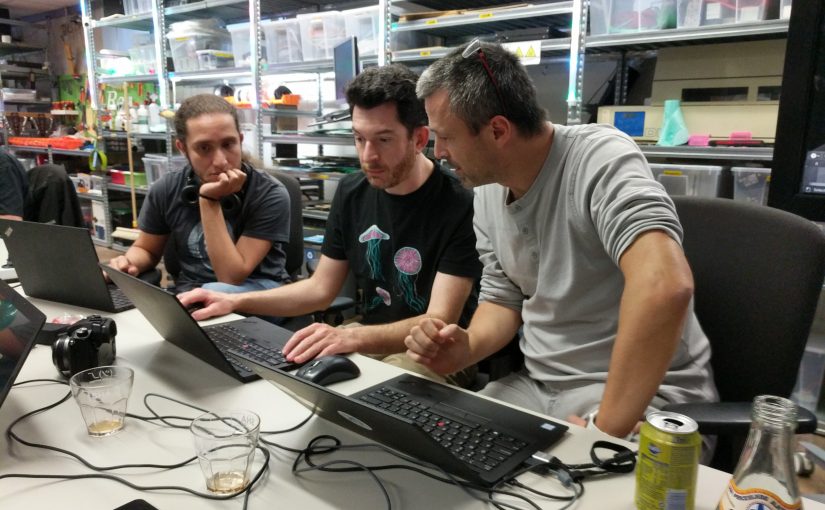 This October I attended the GNOME Shell Hackfest 2019 in the Netherlands. It was originally just planned as a small hackfest for core Shell developers, but then us designers decided to crash the party and it became a pretty big thing. In the end we were about 15 people from lots of different companies, including Red Hat, Endless, Purism, and Canonical. The venue was the Revspace hackerspace in Leidschendam, which is somewhere between the Hague and Leiden.

The venue was very cool, with plenty of hackerspace-y gadgets and a room with couches and a whiteboard, which was perfect for the design team’s planning sessions.

Allan, Jakub, and I were primarily there to make progress on some long-standing issues with GNOME Shell, such as new user onboarding, the app grid, and the spatial model of the Shell. We’ve wanted to address many of these things for a long time (in fact, some of them were already discussed at the London hackfest 2 years ago). In the weeks leading up to the hackfest we had already been working on this (together with Sam Hewitt who couldn’t make it to the hackfest unfortunately), preparing a number of concepts to be worked out in more detail.

At the hackfest we made these concepts more concrete, worked on mockups and prototypes, and discussed them with Shell developers. It’s still early days for all of this, but we’re very excited about sharing it more widely soon.

We also worked on a number of other things, such as the new lock screen design, which Georges has started to implement, prettier Shell dialogs, and some changes to the system status menu.

Thanks to Carlos Garnacho and Hans de Goede for organizing, Revspace for hosting us, and the GNOME Foundation for sponsoring my travel and accommodation!