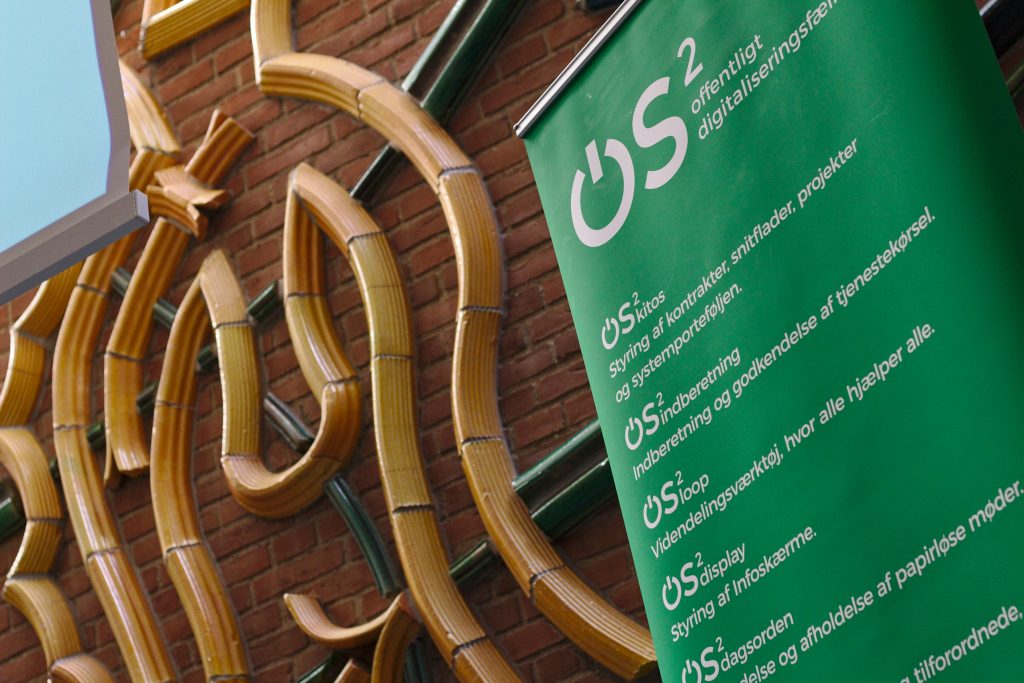 OS² is an association for Danish municipalities to pool together efforts in building a free and open source IT infrastructure. I first heard about it at the LibreOffice conference happening in Aarhus back in 2015 through a talk about “BibOS” and “TING”. The early efforts has since then inspired a formal association for municipalities which hosts a number of open source IT components. The components are developed, installed and supported by external suppliers who are hired by municipalities individually or together. This approach has benefits both for the municipality and the suppliers compared to traditional license-based solutions.

Out of curiosity I decided to attend an open general assembly for OS². Municipalities participating in the association and a number of suppliers were present as well. Rasmus Frey, OS²’s business manager opened up the general assembly, explaining the highlights in OS² of the past year. 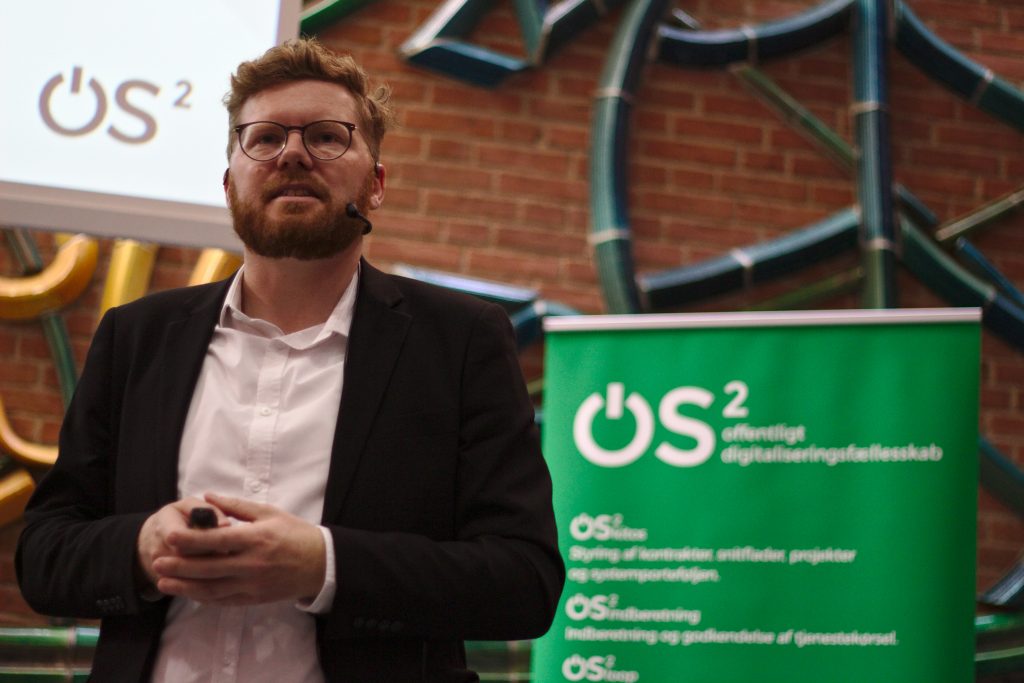 Rasmus Frey presenting the past year’s highlights in OS² (CC-BY-SA 4.0).

Efforts has been made over the past year to use a governance model to transform OS² into a platform usable both for playground projects in development as well as for production-ready solutions. The transformation is a step in the process of making the OS² platform a viable alternative for municipalities coming from other systems and solutions.

OS² currently contain 12 different products. For example OS2BorgerPC which is a fork of Ubuntu running on many computers in public libraries or OS2web which is a content management system for municipality websites based on Drupal. The projects are released under the MPL 2.0, giving suppliers a number of ways to build their business.

Rasmus presented the next product in line at the general assembly: OS2cloud. It provides infrastructure that makes it easy for municipalities to deploy the OS² products from a web interface based on Origo. This also makes it easy for municipalities to self-host non-OS² open source software like Piwik for web analytics, instead of relying on external services such as Google Analytics with possible tracking and privacy issues. 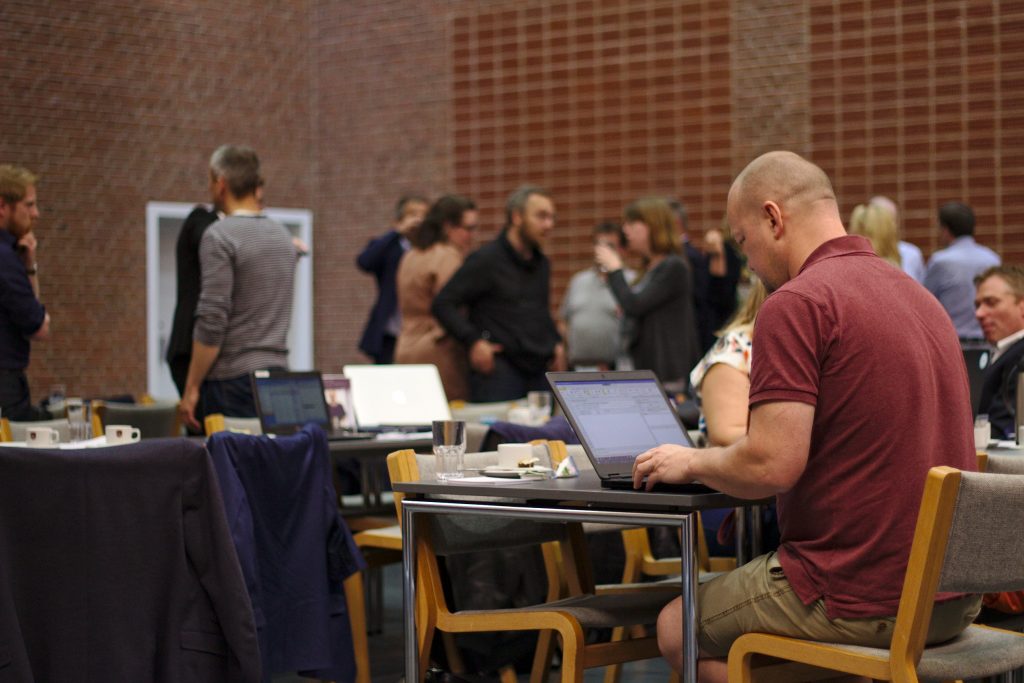 The talks at the OS² assembly demonstrated the many benefits of developing IT infrastructure around an open source model. One municipality told that they had found out about incidents of public library computers being key-logged. The perpetrator had done this by inserting USB hardware between the keyboard and the computer which logged user input. In response, the municipality hired a supplier to patch OS2BorgerPC so that library staff would be notified of any insertion or interruption of USB devices. A patch, which every other municipality deploying OS2BorgerPC subsequently would benefit from.

The openness and the fact that the OS² association maintains ownership of the produced code, also means that municipalities have wider range of suppliers to choose from for support and development. Compared to the traditional license-based products, this minimizes the risk of vendor lock-in and shared infrastructure across municipalities. For suppliers this potentially creates opportunities for consistent income, new market possibilities and closer collaboration between municipality and supplier. 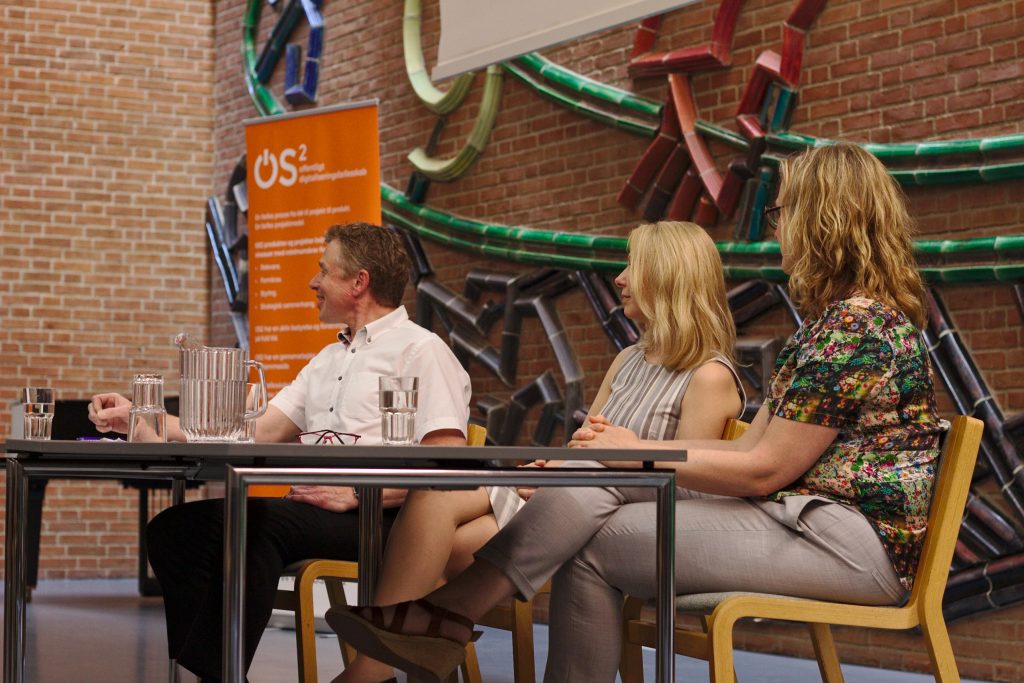 The general assembly ended in networking and with a panel debate between suppliers and municipalities. The debate brought up a number of interesting challenges, one being in the transition from the traditional culture of selling software in license form. Concerns are raised in the industry on whether business really can be made on developing open source software and why “the free market can’t be used to solve this” (although IMO, a free market is exactly what open source in this case creates). There is a need for current suppliers in open source to spread awareness in the industry of the new models which business in IT can be built upon. On the other hand, the suppliers raised concerns with the mindset of some municipalities. They asked that the OS² association should emphasize to municipalities that software, being open source, does not mean you get free support the same way you might do with some license-based products. Expenses should be calculated for continuous maintenance and software development.

Initiatives like OS² excite me in many aspects. From a political perspective I think spending tax payers’ money on technology which then is released back to the public under an open license makes a ton of sense. It creates possibilities, not only for creating a fair market, but also for education and labor. The publicly available code enables studying and knowledge sharing for students like me and hobby groups like Open Source Aalborg. From an ethical perspective I further find the transparency which come with public code appealing to address questions of privacy and data collection. Finally, from a broader perspective I believe knowledge-sharing initiatives like OS² can advance technology at a much faster pace.