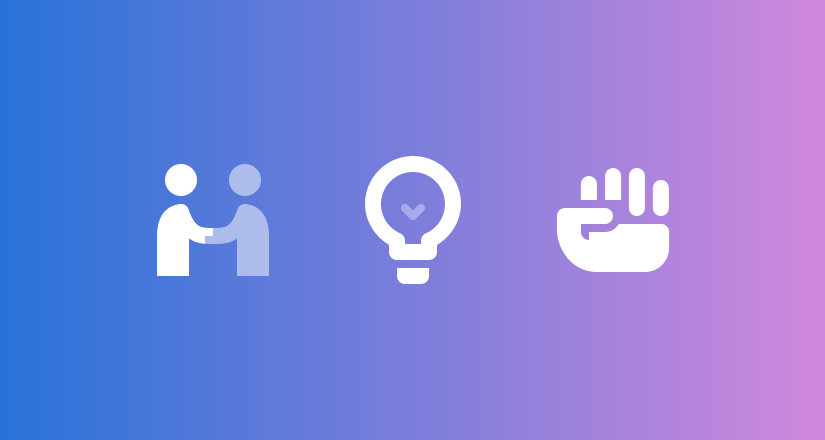 In part 1 of this series we looked at some common misconceptions about how power works inside the GNOME project and went over the roles and responsibilites of various sub-groups.

With that in place, let’s look at how of a feature (or app, redesign, or other product initiative) goes from idea to reality.

At the base of everything are the motivations for why we embark on new product initiatives. These are our shared values, beliefs, and goals, rooted in GNOME’s history and culture. They include goals like making the system more approachable or empowering third party developers, as well as non-goals, such as distracting people or introducing unnecessary complexity.

Since people across the project generally already agree on these it’s not something we talk about much day-to-day, but it informs everything we do.

This topic is important for understanding our development process, but big enough to warrant its own separate post in this series. I’ll go into a lot more detail there.

At any given moment there are potentially hundreds of equally important things people working on GNOME could do to further the project’s goals. How do we choose what to work on when nobody is in charge?

This often depends on relatively hard to predict internal and external factors, such as

For larger efforts, momentum is key: If people see exciting developments in an area they’ll want to get involved and help make it even better, resulting in a virtuous cycle. A recent example of this was GNOME 40, where lots of contributors who don’t usually do much GNOME Shell UI work pitched in during the last few weeks of the cycle to get it over the line.

If something touches more than a handful of modules (e.g. the app menu migration), the typical approach is to start a formal “Initiative”: This is basically a Gitlab issue with a checklist of all affected modules and information on how people can help. Any contributor can start an initiative, but it’s of course not guaranteed that others will be interested in helping with it and there are plenty of stalled or slow-moving ones alongside the success stories.

If a new app or feature is user-facing, the first step towards making it happen is to figure out the user experience we’re aiming for. This means that at some point before starting implementation the designers need to work through the problem, formulate goals, look at relevant art, and propose a way forward (often in the form of mockups). This usually involves a bunch of iterations, conversations with various stakeholders, and depending on the scale of the initiative, user research.

If the feature is not user-facing but has non-trivial technical implications (e.g. new dependencies) it’s good to check with some experienced developers or the release team whether it fits into the GNOME stack from a technical point of view.

Once there is a more or less agreed-upon design direction, the implementation can start. Depending on the size and scope of the feature there are likely additional design or implementation questions that require input from different people throughout the process.

When the feature starts getting to the point where it can be tested by others it gets more thorough design reviews (if it’s user facing), before finally being submitted for code review by the module’s maintainers. Once the maintainers are happy with the code, they merge it into the project’s main branch.

In the next installment we’ll look at what this power structure and development process mean for individual contributors wanting to work towards a specific goal, such as getting their pet bug fixed or feature implemented.