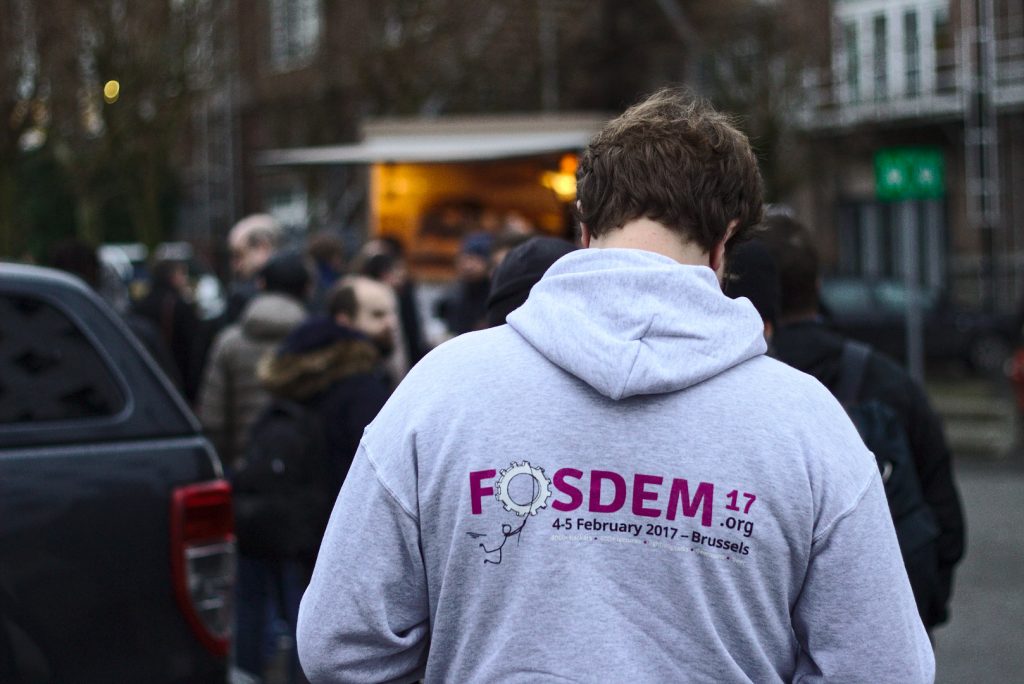 All of us woke up at around 8, aiming to get to FOSDEM at half past 9. Booths would be set up between 9 and 10 and the first set of talks would start around 10. Since I have stayed at the accommodation before, I had a pretty good feeling for the route to go to FOSDEM, but we barely got out of the door before I realized that I had forgot all the merchandise I had brought with me, though.. :-) 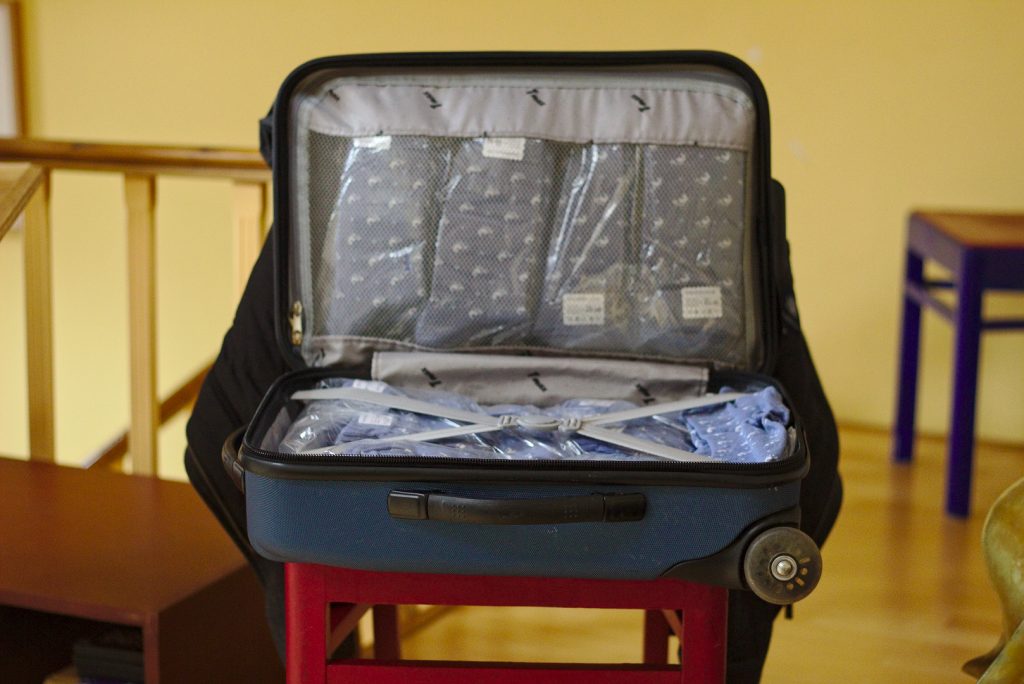 I had planned to spend most of today helping out in GNOME’s booth. We walked to the venue a little past 9, so I wouldn’t expect that many people to be around the FOSDEM venue yet. But when we arrived at 10, there were a ton of people already. I went straight to building K where the GNOME stand was located. Very crowded morning! 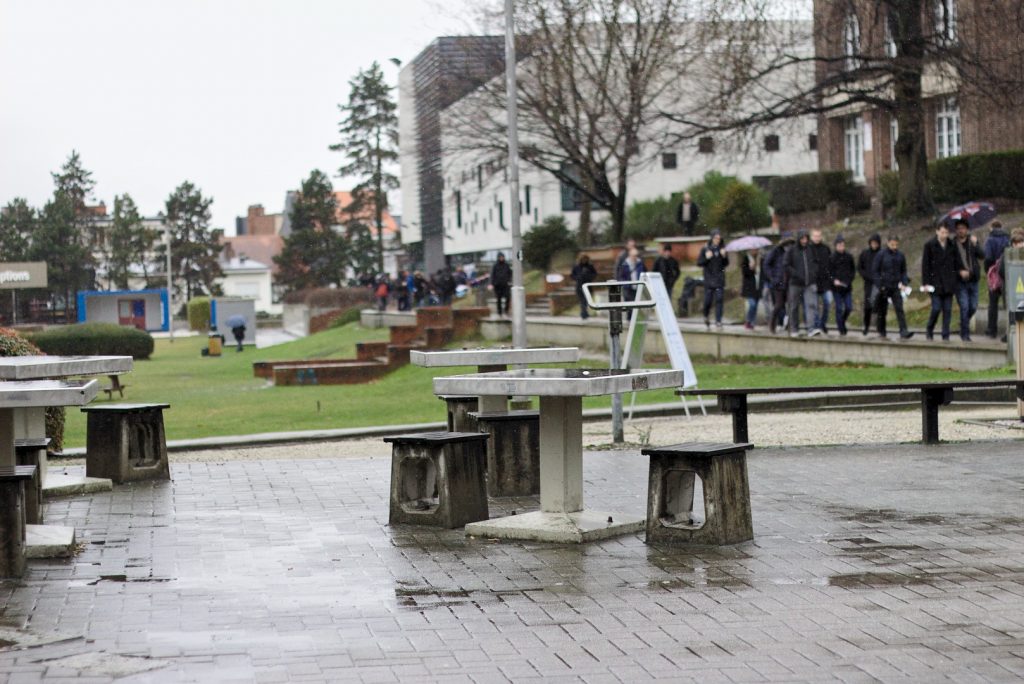 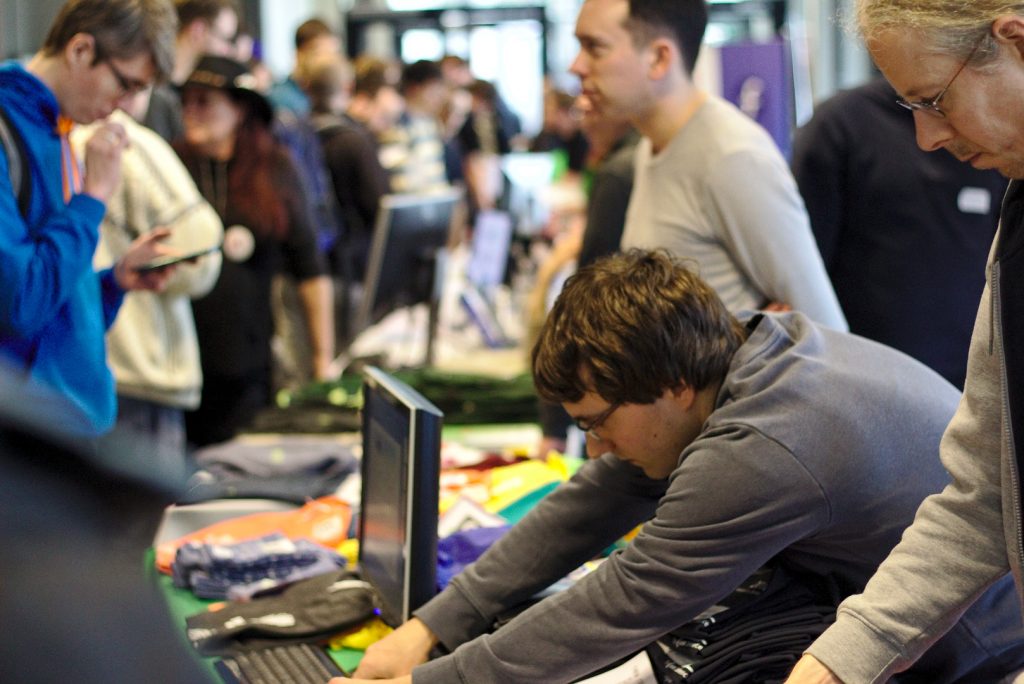 FODSEM is happening at the Université libre de Bruxelles which is a university campus area that consists of several buildings. The GNOME booth is located next to LibreOffice and KDE in building K. I always request two tables but FOSDEM is growing each year with even more booths, so this time we had just a single table. When I came to the booth, Kat, David and others were already there, selling t-shirts. There were some problems doing the grey on grey GNOME shirts that I showed on my blog previously so instead Kat has printed the motive in white on dark grey, blue and orange. With a dozen t-shirts and hoodies the single table was already quite stuffed. It’s fortunate that socks doesn’t take up that much space! 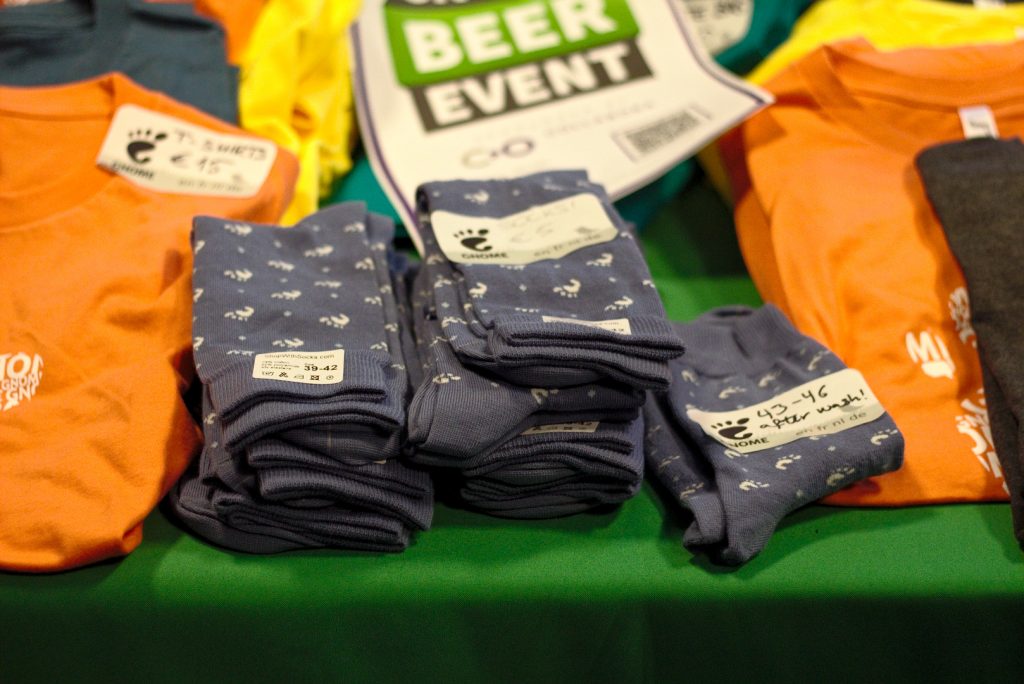 Socks on display at the GNOME booth. They might seem really big at first, but they shrink to half the size after a a wash. (CC-BY-SA 3.0)

The socks turned out to sell well. I had brought 60-70 pairs and by the end of the first day all the socks were sold.
I also brought flyers, and Sebastian Wilmet complimented them with his technical flyers describing the GNOME as a development platform. This was really useful, since the flyers I have are very high level, encouraging contribution to all kinds of teams in GNOME whether engagement, documentation, translation, design etc. Sebastians flyers were aimed more towards the technical software students and developers, which an event like FOSDEM attracts many of.

While standing in booth, there were many people coming by that i had the opportunity to speak with. We had attendants that came by and said thanks for the work and effort and telling their story of ending up using GNOME. I also had positive comments on the release video! I’m really happy that there are people here who watch and look forward to watch these videos. It is a large effort, but it feels all worth it when you are getting positive reactions, in person. In previous years of FOSDEM I also remember we received lot of criticsm at the booth too. With GNOME 3, GNOME completely revamped its desktop and interaction style and this sudden change probably caused a lot of stir. What I’m seeing is probably the result of our desktop interaction style becoming more stable and GNOME’s new vision becoming more clear.

In the cafeteria I met Matthias and Emel who was preparing for a talk in the design room tomorrow about the new app GNOME Recipes. Will definitely attend that! We also discussed how the size of FOSDEM means that it’s hard to find people. Everyone are scattered across attending talks, standing in booths etc. Once I had split up with the rest of Open Source Aalborg, we were all in each our location. Even though this is the third time I am at FOSDEM, I keep getting impressed anew of the amount of traction and amount of people it holds. If you need a break, probably the best choice for taking it is to go outside the university campus. 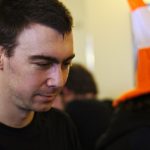 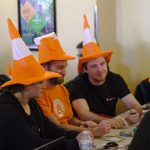 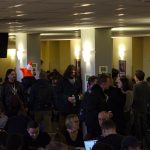 Geoffrey working on the Android port of VLC. (CC-BY-SA 3.0)

Over at the cafeteria was a bunch of people wearing funny cone hats. Took me some time to realize that, of course, this is the VLC project sitting around at a table, hacking on the video player. I went over to them and spoke with a guy named Geoffrey. Geoffrey is from France and develops the port of VLC for Android. He was working on integrating VLC more with the Android platform. Also VLC 3.0 is coming up soon, which means that developers are currently focusing on bug fixing and landing the last few features before the feature freeze. Some features they have under the works, among others, are support for 360 degree videos and support for playing videos in virtual reality style. 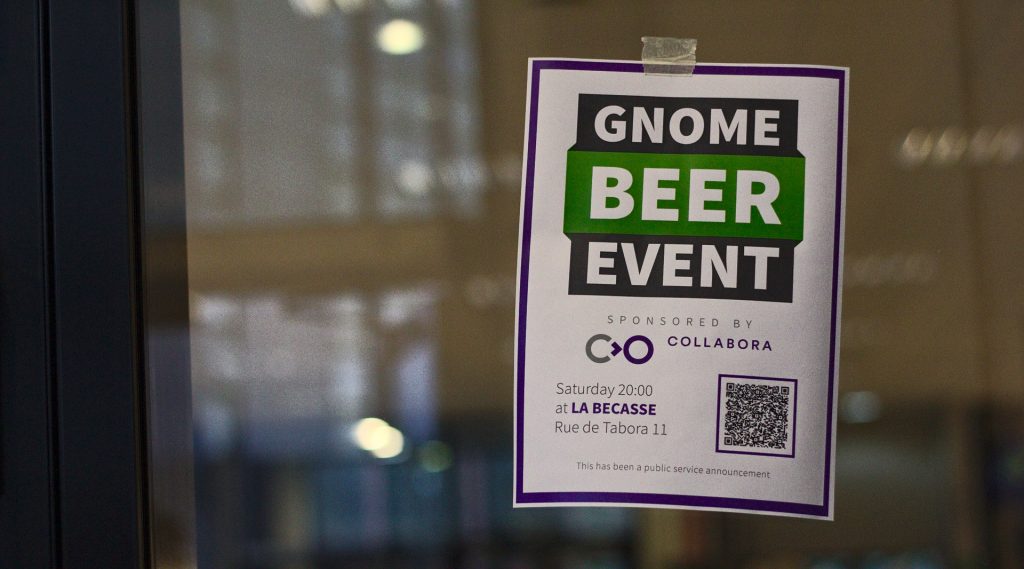 Saturday ended with GNOME’s annual beer night. This is a good opportunity to meet with fellow members of the GNOME community and GNOME users. I had a great time there! Thanks to the Collabora people for sponsoring some beers for everyone. 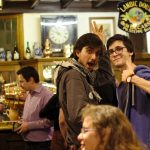 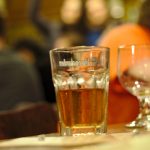 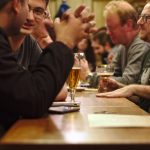