A few weeks ago, I wrote a post outlining the major improvements in Silverblue that are coming in Fedora 30. Now that Fedora 30 is released, you should go and try them out!

Today, I’ll dive a bit deeper into one particular item from that post which is not Silverblue-specific: the toolbox.

I’ll be honest: my path towards using the toolbox has not been 100% smooth.

I’m using the Rawhide version of Silverblue on my laptop, and my ability to use the toolbox has been affected by a number of regressions in the underlying tooling (unprivileged containers, podman and buildah) – which is to be expected for such young technology.

Thankfully, we got it all to work in time for the release, so your experience in Fedora 30 should be much smoother. 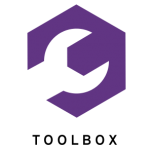 I’m doing all of my GTK and Flatpak development in a toolbox now. A small, but maybe interesting detail: While my host system is bleeding edge rawhide, the toolbox I’m using runs Fedora 30. I created it using the command:

After creating a toolbox, you can enter it using

You will find yourself in another shell. If you pay close attention, you’ll notice that we show a colorful glyph in the prompt as a hint that you are in a different environment.

Entering the toolbox for the first time and looking around, it does not look much like a development environment at all:

But thankfully, dnf is available, so we can take advantage of the Fedora package universe to install what we need.  Thus, the first steps in working in a toolbox are easy, but a bit repetitive – install things.

I went into my GTK checkout and tried to build it in this environment:

After a few rounds of installing missing dependencies, I eventually got to the point where GTK buit successfully.

From then on, everything basically worked as normal. Running tests and examples that I’ve build works just fine since the toolbox takes care of setting up DISPLAY, etc. I still had to install the occasional missing tool, such as vim or gdb, but development works just as it did before.

Some things are different, though.

In the past, I’ve done GTK development on a Fedora Workstation system, which means that many things are always installed, whether I think of them or not: icon themes, cursor themes, 3rd party pixbuf loaders, mime handlers, and many other things that make up a full desktop.

Working in a toolbox gives a somewhat different perspective. As explained earlier, the toolbox is created from a pretty minimal base (the fedora-toolbox image). None of the things I listed above are in it. Since they are not build dependencies, I didn’t get around to installing them at first either.

And I got to see how gtk-widget-factory and other demos look when they are missing – that has let to several bug fixes and improvements in the way GTK handles such situations.

A maybe unexpected beneficiary: other platforms, such as Windows, where it is much more likely that GTK will be installed without some of these extras.

Overall, I’m quite happy with this way of doing development.

I hope you are now eager to try it out yourself. You can do that on a traditional Fedora 30 system just as easily as on a Silverblue installation.

One thing I will recommend is that you should install the 0-day updates for the toolbox and gnome-terminal – we’ve worked hard during the freeze to make the toolbox as polished and welcoming as we can, and the result is in these updates.

It has been a bit more than a year that we’ve set up the Atomic Workstation SIG. A little later,  we settled on the name Silverblue, and did a preview release with Fedora 29.

The recent F30 beta release is an good opportunity to look back. What have we achieved?

When we set out to turn Atomic Workstation into an every-day-usable desktop, we had a list of items that we knew needed to be addressed. As it turns out, we have solved most of them, or are very close to that.

GNOME Software already had support for installing Flatpaks, a year ago, so this is not 100% new. But the support has been greatly improved with the port to libflatpak – GNOME Software is now using the same code as the Flatpak commandline. And  more recently, it learned to display information about sandbox permissions, so that users can see what level of system access the installed applications have.

This information is now also available in the new Application Settings panel. The panel also offers some control over permissions and lets you clean up storage per application.

Flathub is a great place to find desktop applications – there are over 500 now. But since we can’t enable Flathub by default, we have looked for an alternative, and started to provide Flatpak apps in the Fedora container registry. This is taking advantage of Flatpaks support for the OCI format, and uses the Fedora module-build-system.

GNOME Software was designed as an application installer, but it also provides the UI for OS updates and upgrades. On a Silverblue system, that means supporting rpm-ostree. GNOME Software has learned to do this.

Another bit of functionality for which GNOME Software was traditionally talking to PackageKit is Addons. These are things that could be classified as system extensions: fonts, language support, shell extensions,, etc.  On a Silverblue system, the direct replacement is to use the rpm-ostree layering capability to add such packages to the OS image. GNOME Software knows how to do this now. It is not ideal, since you probably don’t expect to have to reboot your system for installing a font. But it gets us the basic functionality back until we have better solutions for system extensions.

One class of system extensions that I haven’t mention in the previous section is drivers.  If you have an Nvidia graphics card, you may want the Nvidia driver to make best use of your hardware.  The situation with the Nvidia drivers is a little more complicated than with plain rpms, since the rpm needs to match your kernel, and if you don’t have the right driver, your system may boot to a black screen.

These complications are not unique to Silverblue, and the traditional solution for this in Fedora is to use the akmod system to build drivers that match your kernel. With Fedora 30, we put the necessary changes in place in rpm-ostree and the OS image to make this work for Silverblue as well.

Fedora contains a lot of apps, but there’s always the odd one that you can’t find in the repositories. A popular app in this category is the Chrome browser. Thankfully, Google provides an rpm that works on Fedora. But, it installs its content into /opt. That is not technically wrong, but causes a problem on Silverblue, since rpm-ostree has so far insisted on keeping packaged content under its tight control in /usr.

Ultimatively, we  want to see apps shipped as Flatpaks, but for Fedora 30, we have managed to get rpm-ostree to handle this situation, so chrome and similar 3rd party rpms can now be installed via package layering on Silverblue.

An important target audience for Fedora Workstation is developers. Not being able to install toolchains and libraries (because the OS is immutable) is obviously not going to make this audience happy.

The short answer is: switch to container-based workflows. Its the future! 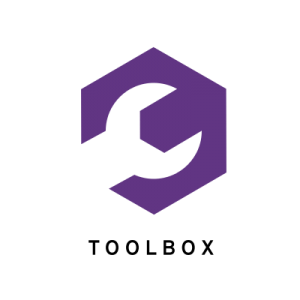 But that doesn’t excuse us  from making these workflows easy and convenient for people who are used to the power of the commandline. So, we had to come up with a better answer, and started to develop the toolbox. The toolbox is a commandline tool to take the pain out of working with ‘pet’ containers. With a single command,

it gives you a ‘traditional’ Fedora environment with dnf,  where you can install the packages you need. The toolbox has the infrastructure to manage multiple named containers, so you can work on different projects in parallel without interference.

There are many bigger and smaller things that can still be improved – software is never finished. To name just a few:

But we’ve come a long way in the one year since I’ve started using Atomic Workstation as my day-to-day OS.

If you want to see for yourself, download the F30 beta image and give it a try!