A while ago, I’ve described how to handle restarting Flatpak apps when they are updated. 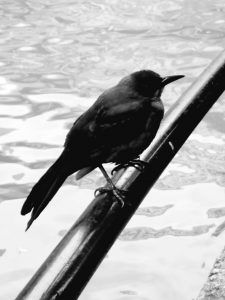 While I showed working code back then, the example was a bit  contrived, since it had to work around GApplication’s built-in uniqueness features.

With the just-landed support for replacement in GApplication, this is now much more straightforward, and I’ve updated my example to show how it works.

There are a few steps to this.

First, we need to opt into allowing replacement by passing G_APPLICATION_ALLOW_REPLACEMENT when creating our GApplication:

This flag makes GApplication handle a –gapplication-replace commandline option, which we will see in action later.

Next, we monitor the /app/.updated file. Flatpak creates this file inside a running sandbox when a new version of the app is available, so this is our signal to restart ourselves:

The update_monitor_changed function presents a dialog that offers the user to restart the app:

The portal_test_app_restart function is where we take advantage of the new GApplication functionality:

We call the Spawn method of the Flatpak portal, passing –gapplication-replace as an commandline option, and everything else is handled for us. Easy!

Update 1: If D-Bus is not your thing, there is a simple commandline tool called flatpak-spawn that can be used for the same purpose. It is available inside the sandbox.

Update 2: I forgot to mention that GApplication has also gained a name-lost signal. It can be used to save state in the old instance that can then be loaded in the new instance.