Maybe you remember times when updating your system was risky business – your web browser might crash of start to behave funny because the update pulled data files or fonts out from underneath the running process, leading to fireworks or, more likely, crashes. 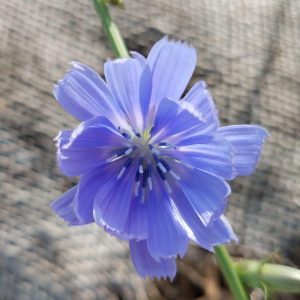 Flatpak updates on the other hand are 100% safe. You can call

and the running instances of are not affected in any way. Flatpak keeps existing deployments around until the last user is gone.  If you quit the application and restart it, you will get the updated version, though.

This is very nice, and works just fine. But maybe we can do even better?

It would be great if the system was aware of the running instances, and offered me to restart them to take advantage of the new version that is now available. There is a good chance that GNOME Software will gain this feature before too long.

But for now, it does not have it.

Many apps, in particular those that are not native to the Linux distro world, expect to update themselves, and we have had requests to enable this functionality in flatpak. We do think that updating software is a system responsibility that should be controlled by global policies and be under the users control, so we haven’t quite followed the request.

But Flatpak 1.0 does have an API that is useful in this context, the “Flatpak portal“. It has a Spawn method that allows applications to launch a process in a new sandbox.

There are several use cases for this, from sandboxing thumbnailers (which create thumbnails for possibly untrusted content files) to sandboxing web browser tabs individually. The use case we are interested in here is restarting the latest version of the app itself.

One complication that I’ve run into when trying this out is the “unique application” pattern that is built into GApplication and similar application classes: Since there is already an owner for the application ID on the session bus, my newly spawned version will just back off and exit. Which is clearly not what I intended in this case.

The workaround I came up with is not very pretty, but functional. It requires several parts.

First, I need a “quit” action exported on the session bus. The newly spawned version will activate this action of the running instance to convince it to go away. Thankfully, my example app already had this action, for the Quit item in the app menu.

I don’t want this to happen unconditionally, but only if I am spawning a new version. To achieve this, I made my app only activate “quit” if the –replace option is present, and add that option to the commandline that I pass to the “Spawn” call.

The code for this part is less pretty than it could be, since GApplication gets in the way a bit. I have to manually check for the –replace option and do the “quit” D-Bus call by hand.

Doing the “quit” call synchronously is not quite enough to avoid a race condition between the running instance dropping the bus name and my new instance attempting to take it. Therefore, I explicitly wait for the bus name to become unowned before entering g_application_run().

But it all works fine. To test it, i exported a “restart” action and added it to the app menu.

Tell me about it

But who can remember to open the app menu and click “Restart”. That is just too cumbersome. Thankfully, flatpak has a solution for this: When you update an app that is running, it creates a marker file named

inside the sandbox for each running instance.

That makes it very easy for the app to find out when it has been updated, by just monitoring this file. Once the file appears, it can pop up a dialog that offers the user to restart the newer version of the app. A good quality implementation of this will of course save and restore the state when doing this.

You can find the working example in the portal-test repository.

7 thoughts on “On Flatpak updates”