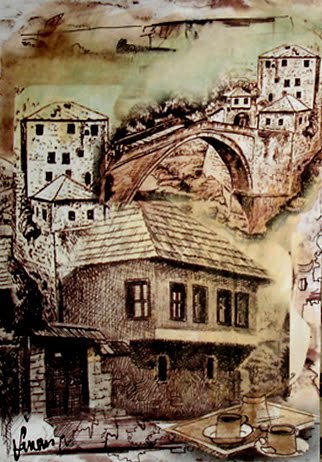 I’m late with commenting Desktop Summit in Berlin as I spent the last week offline in France and fifteen minutes of it at the mayor’s (La mairie) to afterwards celebrate the wedding of an old friend and great artist. Plus French food was awesome as usual…

One particular pleasure I had at Desktop Summit was to present together with half of our team our proposal for hosting next year’s GUADEC conference in Brno (CZ) to GNOME’s Board of Directors. We had a well-prepared bid in place (mostly thanks to Jiří Eischmann‘s hard work). I congratulate the A Coruña team and their impressive proposal for making it in the end!

Comments by board members after their decision on the bids, plus Stormy’s blogpost were particularly helpful to understand how tough decision making can be.
When you work on a proposal there are many areas to cover. Our team considered the geographical aspect (there has never been a GUADEC in Eastern central Europe) as one of the main arguments. However the members of the board obviously are individuals having differing priorities. Stuff like centralized accomodation and a large get-together area at the venue likely had a bigger weight this year than e.g. the region or accomodations covering different budgets. Please note that this is no criticism but rather a potential pointer for next year’s teams.

However if my impression was correct, more preparation might be the one thing that I wish for next year’s applicants: With regard to a few questions we received while presenting which were already covered in our proposal paper published weeks before, it felt like some board members had not read it closely before. Times might be busy, but in case proposals are not really read everybody could save some time next year.

Last but not least, a big “Thank you” to all those people that spoke to me after the decision was announced telling me that they had looked forward to going to Brno next year. See you in A Coruña!