The first post in this series looked at runtimes and extensions. Here, we’ll look at how flatpak keeps the applications and runtimes on your system organized, with installations, repositories, branches, commits and deployments.

It is possible to define additional system-wide installations by placing a key file in /etc/flatpak/installations.d. For example, this can be used to keep apps on a portable drive.

Part of the data that flatpak keeps for each installation is a list of remotes. A remote is a reference to an ostree repository that is available somewhere on the network.

Each installation also has its own local ostree repository (for example, the system-wide installation has its repo in /var/lib/flatpak/repo). You can explore the contents of these repositories using the ostree utility;

While ostree does not care about the format of a branch name, flatpak uses branch names of the form $KIND/$ID/$ARCH/$BRANCH to uniquely identify branches.

Here are some examples:

Most of the  time, it is clear from the context if an app or runtime is being named, and only one architecture is relevant. For this case, flatpak allows a shorthand notation for branch names omitting the $KIND and $ARCH parts: $ID//$BRANCH.

In this notation, the above examples shrink to:

Installing an app or runtime really consists of two steps: first, flatpak caches that data in the local repo of the installation, and then it deploys it, which means it creates a check-out of the branch from the local repo. The check-outs are organized in a folder structure that reflects the branch name organization.

For example, Inkscape will be checked-out in $HOME/.local/share/flatpak/app/org.inkscape.Inkscape/x86_64/stable/$COMMIT, where $COMMIT is the hash of the commit that is being deployed.

It is possible to have multiple commits from the same branch deployed, but one of them is considered active and will be used by default. Flatpak maintains symlink in the check-out directory that points at the active commit.

It is also possible to have multiple branches of an app or runtime deployed at the same time; the directory structure of checkouts is designed to allow that. One of the branches is considered current. Flatpak maintains a symlink at the toplevel of the checkout that points at the current checkout.

Flatpak can run an app from any deployed commit, regardless whether it is active or current or not. To run a particular commit, you can use the –commit option of flatpak run.

The relevance of being active and current is that flatpak exports some data (in particular, desktop files) from the active commit of the current branch, by symlinking it into ~/.local/share/flatpak/exports,  where for example gnome-shell will find it and allow you to run the app from the overview.

Note: Even though it is perfectly ok to have multiple versions of the same app installed, running more than one at the same time will typically not work, since the different versions will claim the app ID as their unique bus name on the session bus. A way around this limitation is to explicitly give one of the versions a different ID, for example, by appending a “.nightly” suffix.

One last aspect of filesystem organization to mention here is that every app that is run with flatpak gets a some filesystem space to use for permanent storage. This space is in $HOME/.var/app/$ID, and it has subdirectories called cache, config and data. At runtime, flatpak sets the XDG_CACHE_DIR, XDG_CONFIG_HOME and XDG_DATA_HOME environment variables to point at these directores.

For example, the persistent data from the inkscape flatpak can be found in $HOME/.var/app/org.inkscape.Inkscape. 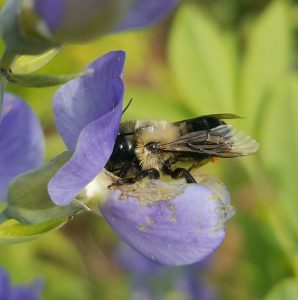 Flatpak installations may look a bit intimidating with their deep diretory tree, but they have a well-defined structure and this post hopefully helps to explain the various components.

2 thoughts on “Flatpak in detail, part 2”