One of the tools we often find ourselves using when working on GTK+ is sysprof. While doing some profiling recently, I got annoyed that it was one of the few programs on my system that required GTK+ 2.x.

I decided to improve things over the last week and see if we can make something that could be used with Builder too.

First, I needed a library so that we can consume these bits from Builder. So now there is a libsysprof-2 library. The modules have been cleaned up to fit into typical GObject-style library usage.

There were some rough edges on the UI as well. For example, if you tried to launch a profile from the UI, it would fail because non-root users cannot call the __NR_perf_event_open syscall. Getting around this requires running the UI as root (non-ideal) or having a helper process that can run as root and perform the syscall for you. Obviously, I went with the latter. That means there is now a sysprof daemon that uses polkit to check for authorization. GNOME Shell users will see the typical authorization dialog if your DBus connection to the daemon lacks the required credentials.

Additionally, I abstracted the event sources. This will allow us to plug in additional data in the future like cpu, memory, network, systemtap probes, and more.

Due to abstracting the new data sources, I needed a new capture format. I decided to put together a very simple binary capture format for now. It makes things rather simple so we can have mmap() windows as we capture events to disk. We also support memory captures thanks to memfd (and the same mmap window code).

For the inevitable question of “Why not just use the perf capture format?”, my answer right now is simply that I hope to support more than just perf captures and I’d like to have everything in a single file.

I’m going to start merging this into sysprof on git.gnome.org over the next week, but if you want to take a look at things now, you can find the code here.

I really hope that moving this project forward inspires some of you to jump into the code base and help. There is so much we can do in this space. Having great tools helps us all write greater software faster. 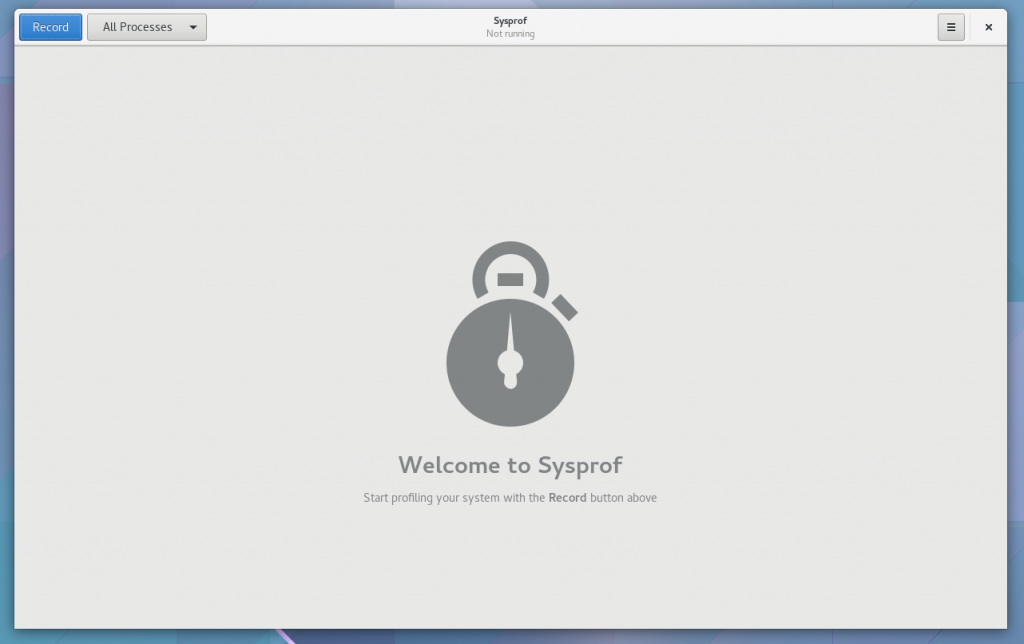 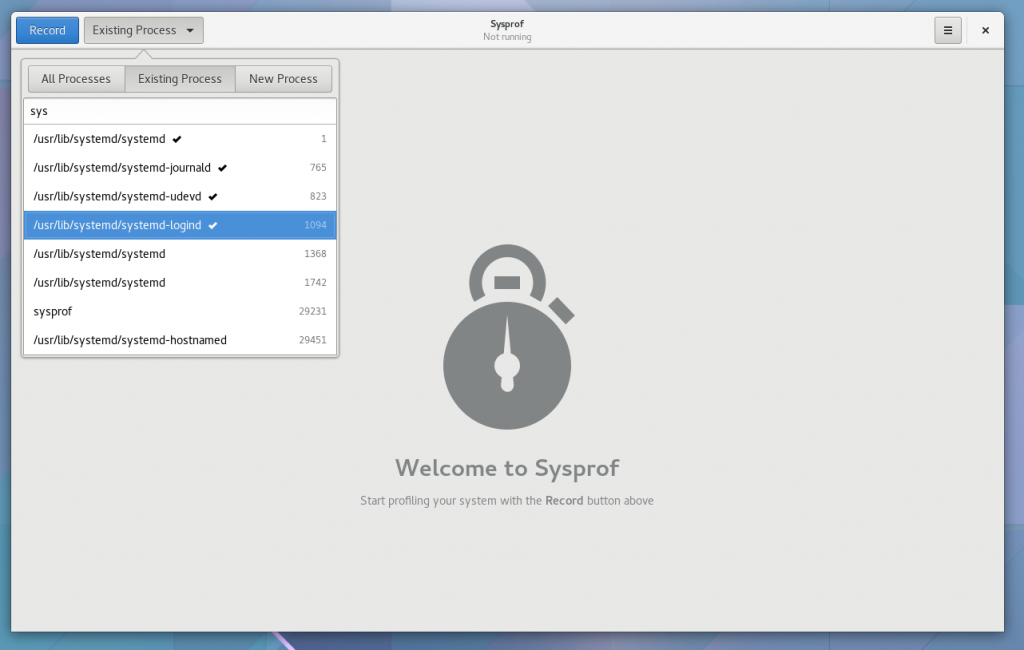 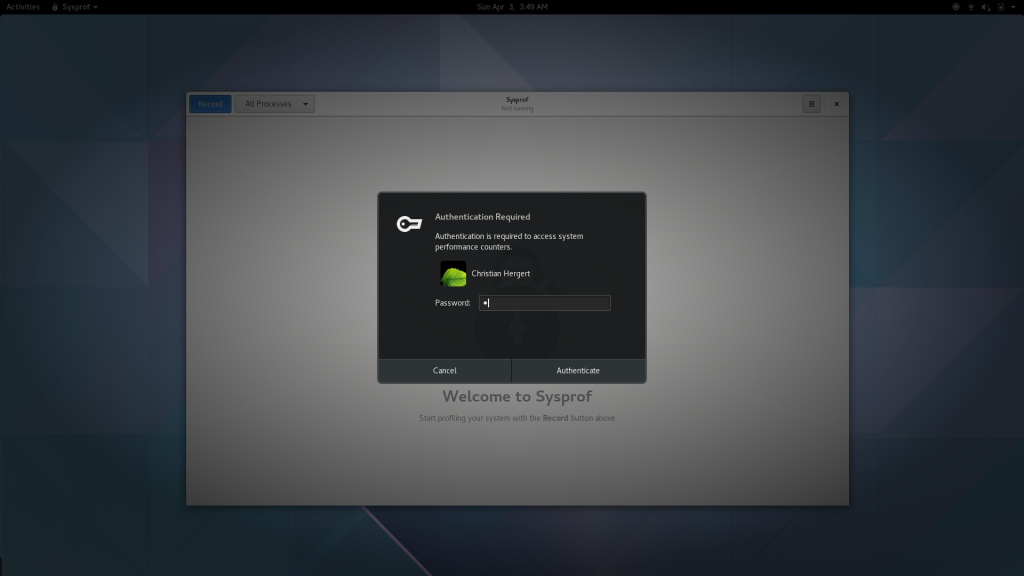 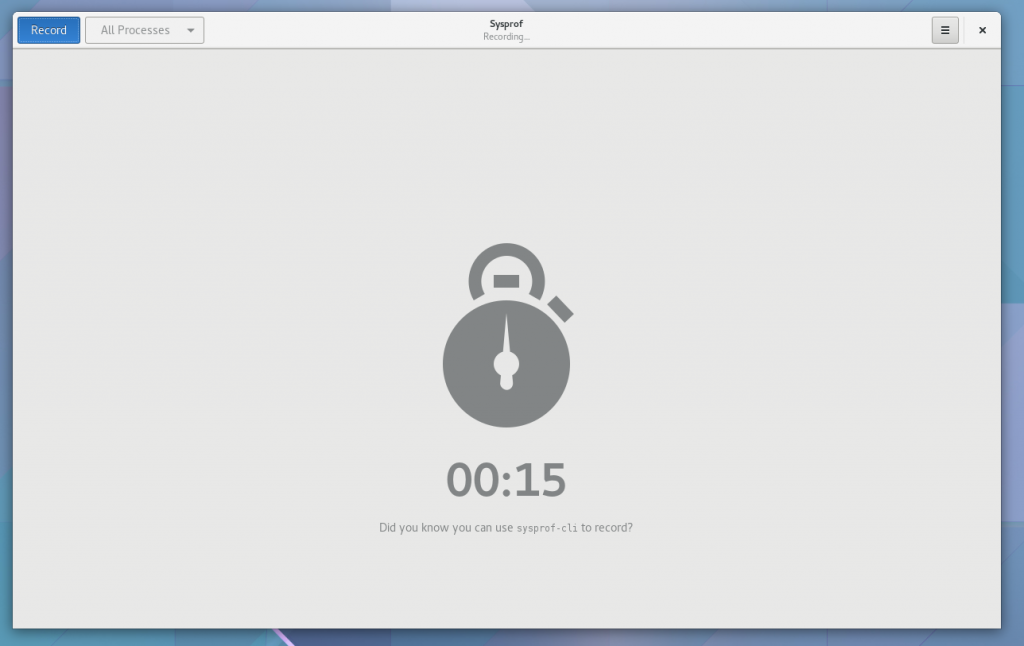 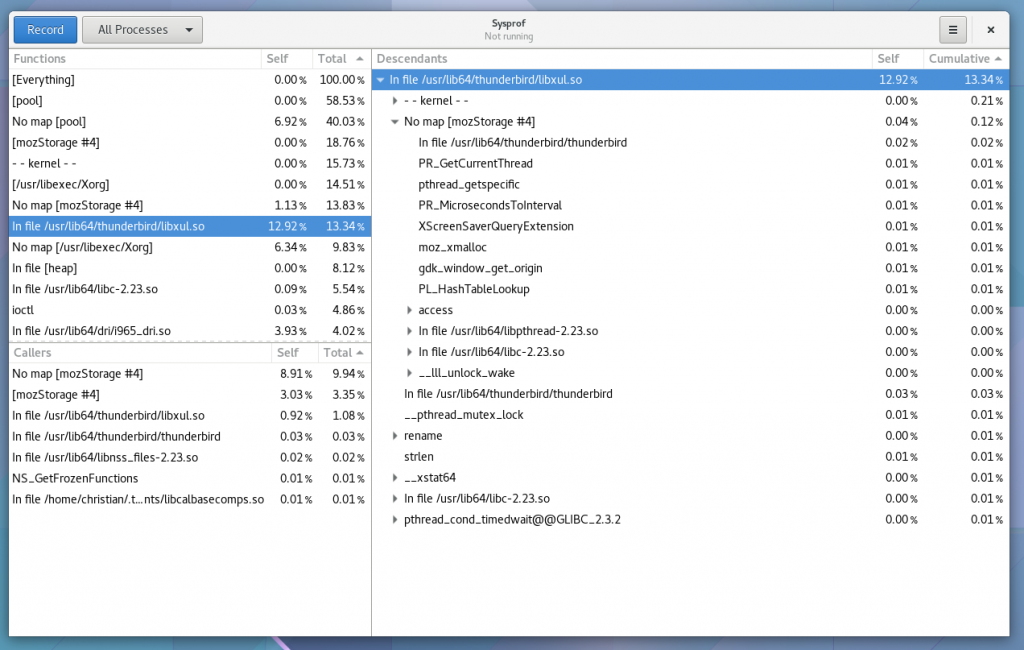