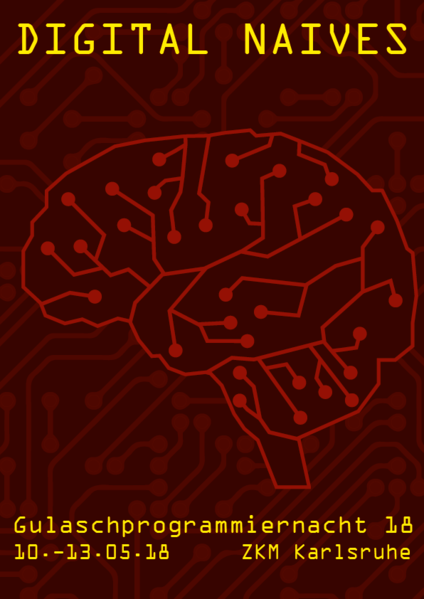 This season’s CCCongress, the 34C3, (well, the 2017 one) moved from Hamburg to Leipzig. That was planned, in the sense that everybody knew before the event moved to Hamburg, that the location will only be available for a few years.

My own CCCongress experience in the new location is limited, because I could not roam around as much as I wanted to. But I did notice that it was much easier to get lost in Hamburg than in the new venue. I liked getting lost, though.

We had a talk on anonymisation networks (slides, video) scheduled with three people, but my experience with making a show with several people on stage is not so good. So we had a one man show which I think is good enough. Plus, I had private commitments that prevented me from attending the CCCongress as much as I would have wanted to.

I could attend a few talks myself, but I’ll watch most of them later. CCCongress is getting less about the talks but about meeting people you haven’t seen in a while. And it’s great to have such a nice event to cater for the desire to catch up with fellow hackers, exchange ideas and visions.

That said, I’ll happily come back next year, hopefully with a bit more time and preparation to get the most of the visit. Although it hasn’t been announced yet, I would be surprised if it does not take place there again. So you might as well book your accommodation already 😉

Although the GPN is an annual event, I haven’t managed to go very often. Last time has already been a while. It’s a pity, because the event is very cute. The location is just amazing which makes being there really fun. It’s a museum hosting many things from our digital world. If you visit only one thing in Karlsruhe, go and visit it. In fact, we tried to organise a small excursion during GUADEC last year. Bloomberg also has an article about the event. 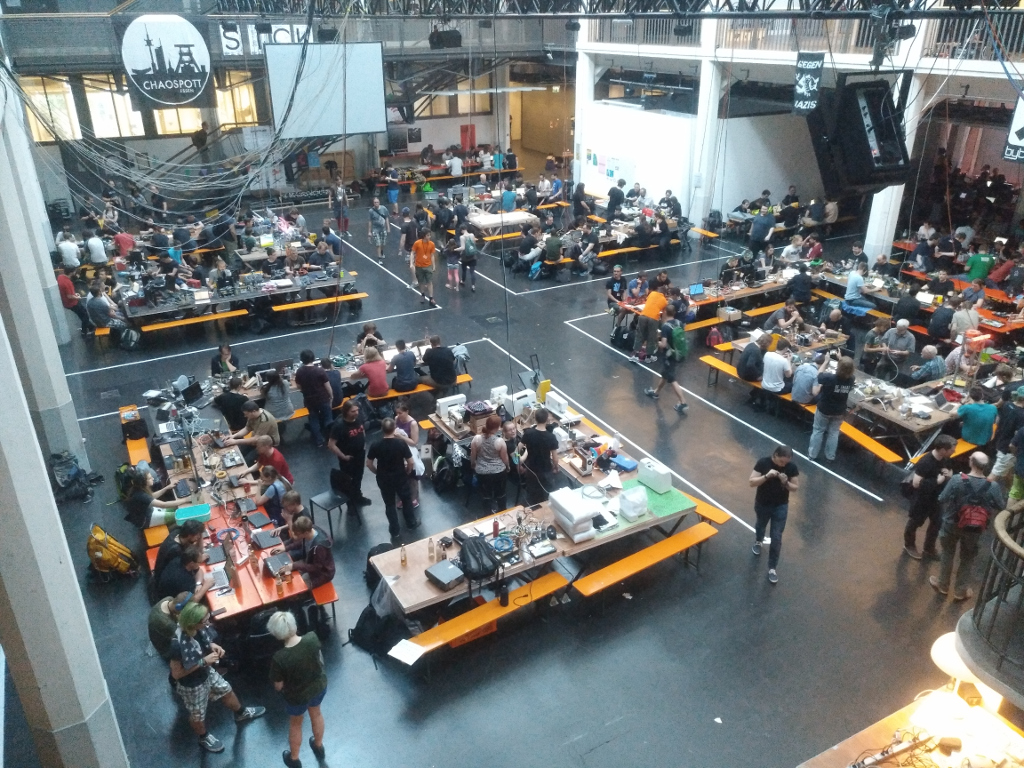 I could only stay one day, but I opened the conference with my talk on building a more secure operating system without sacrificing usability which, of course, was a GNOME related talk. The room was packed and people had to sit on the floor. Based on the feedback I think the people liked to be explained what challenges are to be solved in order to ship more secure systems to more people. You can find the slides here. In case you want to practise your German, you can watch the video here.

The schedule had a few other gems, too. My favourite was Loeschi talking about the upcoming Smart Meter Gateway situation in Germany and how it compares to the rest of Europe. The talk about QR Codes was also nicely done and explained quite well how they work. I hope to be able to attend the event more often 🙂 Especially because I wish the Free Software and the “hacker” people would mingle a bit more.

The Gulash Programmier Nacht (GPN) took place in Karlsruhe, Germany. The local subsidiary of the Chaos Computer Club organised that event, which apparently took place for the 14th time. So far, I wasn’t able to attend, but this time I made it.

It’s a 200 to 300 people event, focussed at hacking, making, and talks around that. It’s very cosy and somewhat similar to the mrmcds. Most of the talks were held in German, a few in English, but I think that could easily change if there is a demand.

The conference was keynoted by tante, who talked about the political aspects of code and the responsibility every developer has. It was good to hear someone saying that you do create reality for people with the software you write and that you are indeed responsible for the view on the world the users of your software have. There were a few other interesting thoughts and I think I agree with the results of the analysis conducted to a great extent. But I think a few areas are not well covered. For example, he said that you limit the people with your software. I don’t think that’s necessarily true. If you provide your users with enough freedoms, i.e. by choosing a Free Software license, than I don’t think his argument is valid anymore.

On the more funny side, a chemist taught us about chemistry based on the stories of Walter White. It was a funny talk with many interludes of the TV series. She explained what the people in the episodes were doing and how close that is to reality. Turns out, it is quite close and at least stupid mistakes were not done.

We also learned about Perl 6. If you think Perl is ugly, he said, it’s not modern Perl. The new and shiny Perl 6 allows you to write short code while looking nice, he said. He showed some features that make it easy to write command line tools. You can simply declare an argument to your main function and Perl would expose that to the user, e.g. by presenting a help screen. It would also detect the types provided and do some magic fancy stuff like checking whether the provided argument is an existing (or empty) file.

A very interesting talk was given on the Enigma, the German crypto machine. He showed the machine that broke the crypto and now stands in Bletchley Park. He told stories about the development and operation of that machine. Very interesting indeed. Also well done on a technical level, the slides were really well done.

I was invited to give talk on GNOME. As you can see in the video, my battery didn’t even last the full 90 minutes slot I was assigned. Something is certainly wrong, either this Linux thing or my battery. Anyway, the talk itself went very well, and it was particularly well attended for that early slot. I was also positively surprised by the audience asking many questions and while I specifically asked for flames, I didn’t get that many.